KINSHASA, Congo (AP) - Authorities in Congo say at least 10 people have died after a military cargo plane crash shortly after takeoff from the capital. Government spokesman Lambert Mende confirmed the crash of the Antonov cargo plane at N'djili International Airport on Saturday morning based on reports from airport officials. Local media report that at least 10 people are believed to have been on the plane bound for Bukavu in Congo's east. Media reports say there were no survivors.

The cause of the crash was not immediately known. The plane reportedly suffered a technical problem after takeoff and lost contact with the control tower. The crash site is about seven miles (12 kilometers) east of Kinshasa. Media reports say no one who wasn't on the plane is thought to have been killed.
Posted by Chemi Che-Mponda at 11:31 AM No comments:

Posted by Chemi Che-Mponda at 6:46 AM No comments: 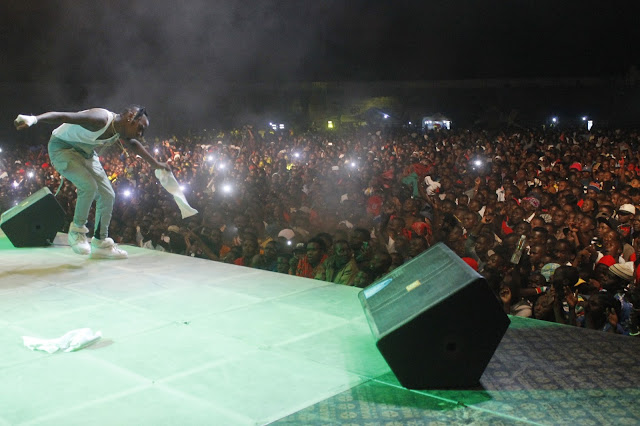 Posted by Chemi Che-Mponda at 6:55 AM No comments:

At least 12,000 Burundian refugees have signed up for voluntary repatriation. Maganga said the initial agreement with U.N. officials says 300 Burundians will be repatriated every week.

More than 240,000 Burundian refugees are sheltering in Tanzania. Most of them fled political violence in 2015 after President Pierre Nkurunziza announced plans to seek a disputed third term that he ultimately won.

Tanzania's government has been putting pressure on UNHCR to facilitate the repatriation of those refugees who want to return home.

Posted by Chemi Che-Mponda at 9:39 AM No comments:

DODOMA, Tanzania (AP) - Police in Tanzania say they are holding suspects in the killing last month of prominent South African wildlife conservationist Wayne Lotter. Police chief Simon Sirro said in a statement Friday that some of Lotter's possessions were seized from the suspects. He did not say how many suspects are being held. Lotter was fatally shot in Tanzania's commercial capital Dar es Salaam while being driven from the airport to his hotel. Lotter helped to train thousands of game scouts throughout the East African nation. He also developed an "intelligence-based approach" against poaching that has had success in countering wildlife trafficking, according to the U.S.-based conservation group PAMS Foundation that Lotter co-founded. Poachers have killed tens of thousands of elephants in Tanzania in the past decade.
Posted by Chemi Che-Mponda at 9:33 AM No comments:

DODOMA, Tanzania (AP) - An official says a Tanzanian opposition figure who was seriously wounded in a shooting has been transferred to a hospital in neighboring Kenya. Lawmaker Joseph Selasin of the opposition Chadema party says Tundu Lissu was airlifted to Nairobi early Friday. Health officials in Tanzania's capital, Dodoma, say Lissu was shot in the stomach, leg and arm on Thursday. Police are looking for multiple gunmen. The attack has been condemned by both the opposition and the government. Lissu, who heads the lawyers' association in Tanzania, is one of the most vocal critics of President John Magufuli. He recently was charged with using abusive language after he called Magufuli a dictator over alleged attacks on the opposition and the media.

Posted by Chemi Che-Mponda at 9:36 AM No comments:


CONCORD, N.H. (AP) - A federal judge has denied an appeal bid from a woman sentenced to 10 years in prison for lying about her role in the 1994 Rwanda genocide to obtain U.S. citizenship.

Beatrice Munyenyezi (moon-yehn-YEH'-zee) was convicted and sentenced in 2013 in the same federal courthouse in New Hampshire where she was granted citizenship years earlier. She's serving sentence in a federal prison in Alabama and faces deportation afterward.

Munyenyezi was convicted of lying about her role as a commander of one of the notorious roadblocks where Tutsis were singled out for slaughter. She also denied affiliation with any political party, despite her husband's leadership role in the extremist Hutu militia party.

Judge Steven McAuliffe on Thursday found no merit in her arguments that her lawyers were ineffective and her case was hurt by pretrial publicity.

Posted by Chemi Che-Mponda at 7:20 AM No comments:

KIGALI, Rwanda (AP) - A women's rights activist and former presidential hopeful is in police custody in Rwanda, her brother said, raising concerns about the whereabouts of a rare challenger to longtime President Paul Kagame.

Police have said Diane Rwigara is free after her home in the capital, Kigali, was searched on Wednesday.

But Rwigara's brother Aristide, who lives in the United States, told The Associated Press late Thursday that his sister was arrested Wednesday along with three siblings and their mother.

Police have said Diane Rwigara is under investigation for tax evasion and forgery. She is accused of forging signatures to support a candidacy for the Aug. 4 vote.

She was disqualified ahead of the election won easily by longtime President Paul Kagame, whose government has long been accused by human rights groups of silencing opposing voices. Kagame, who called the election a "formality" and won by nearly 99 percent of the vote, has denied the accusations.

Rwigara could not be reached; her known phone number was switched off Thursday.

"One of my sisters called my uncle, telling him the police had come to take them on Wednesday morning and we have never heard from them since Wednesday," Aristide Rwigara told the AP.

The criminal allegations against the family are false, he said, insisting it has been targeted by Rwanda's government.

"The government has been after my family for a long time because we refused also to do business with the ruling party," he said.

Diane Rwigara is the daughter of the late Assinapol Rwigara, a businessman who fell out with Kagame before his death in a car accident in 2015.

In an interview with the AP earlier this year, the 35-year-old acknowledged the risks of running against one of Africa's longest-serving leaders. "People disappear, others get killed in unexplained circumstances and nobody speaks about this because of fear," she said. "We must end this silence."

Two days after declaring her candidacy for president, nude photographs allegedly of her were leaked on social media. It was not clear who was behind the leak.

Rwigara later was disqualified as a candidate after allegedly failing to collect enough supporting signatures ahead of the election.

Rwanda's electoral commission said she turned in signatures of some people who had long been dead and others who belonged to a rival political party. Rwigara denied it.

Kagame has been de facto leader or president since the end of Rwanda's 1994 genocide.

Posted by Chemi Che-Mponda at 7:12 AM No comments: