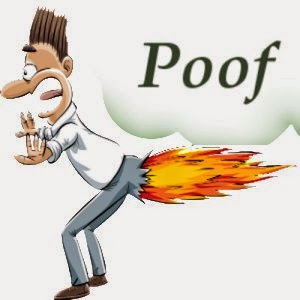 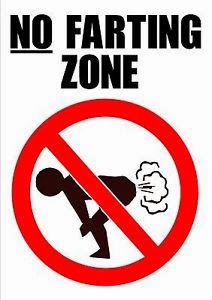 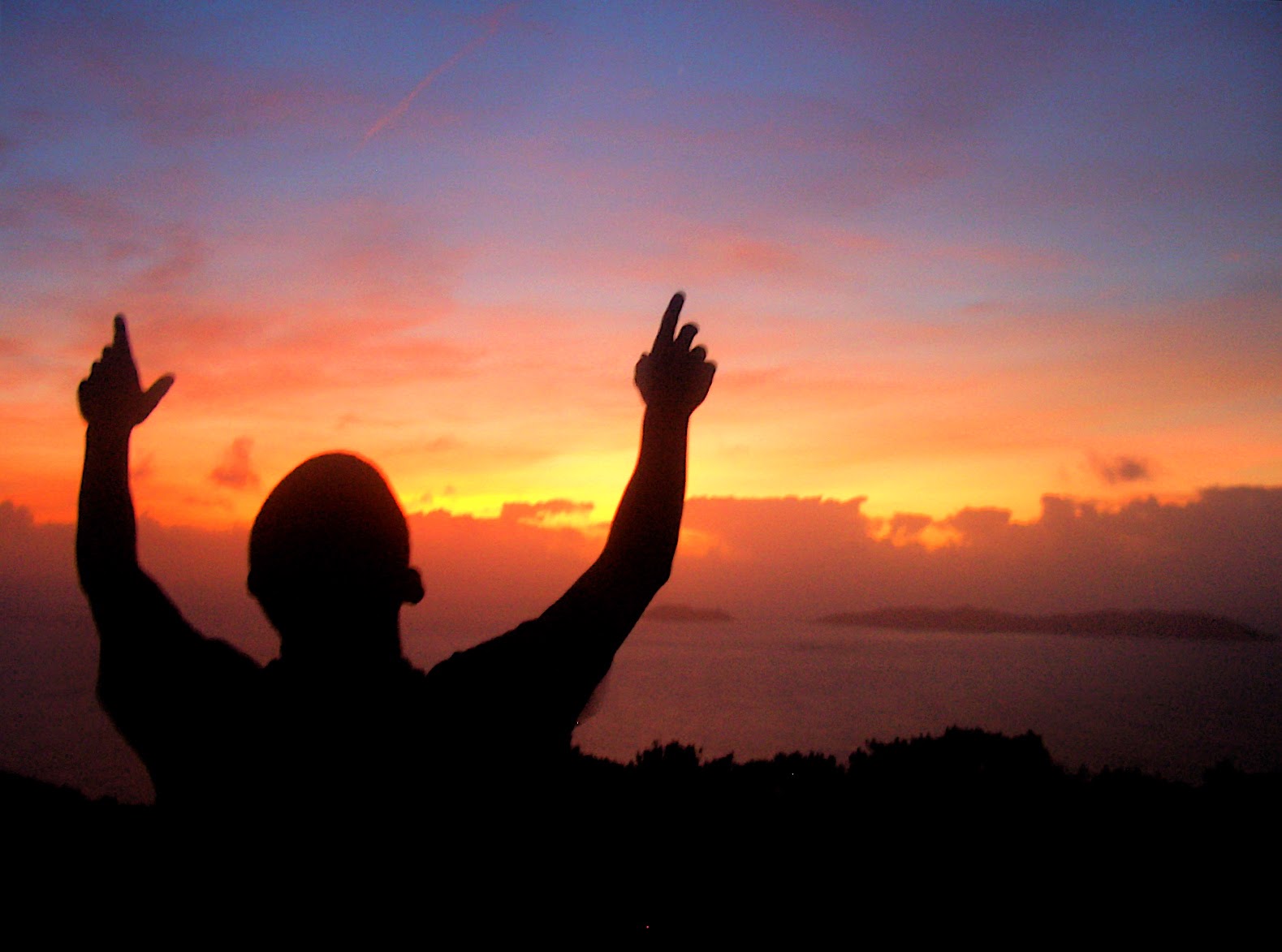 Posted by Chemi Che-Mponda at 8:57 AM No comments:

Posted by Chemi Che-Mponda at 7:01 AM No comments:

BLANTYRE, Malawi (AP) - Malawi's election commission has declared opposition leader Peter Mutharika to be the winner of an election that was marred by scattered unrest and complaints from the president and others that the vote was rigged.

Mutharika, leader of the Democratic Progressive Party and brother of a president who died in 2012, won the May 20 election with nearly 2 million votes, or 36.4 percent of the electorate. Another opposition leader, Lazarus Chakwera, came second with 27.8 percent, the election commission announced late Friday night. Malawi uses the first-past-the-post system, meaning the candidate with the largest share of votes, no matter how small a percentage of the total votes cast, is the winner.

President Joyce Banda was a distant third with just over 20 percent, according to the results. Banda had sought to annul the vote because of what she said were irregularities and had called for another election in which she said she would not participate, but a court said her move was invalid.

Banda came to power in 2012 following the death of Mutharika's brother, Bingu wa Mutharika. Malawi is poor and heavily dependent on foreign aid. Banda initially drew praise for vowing to combat graft when she came to office, but her government has been tarnished by corruption scandals.

Justice Maxon Mbendera, head of the election commission, lamented the death of a young boy in post-election violence in the southern resort district of Mangochi. He urged Mutharika, a lawyer and former foreign minister, to "focus on what matters and to spend our taxes efficiently" and appealed to the losers to acknowledge that "there can only be one winner."

Jessie Kabwila, spokeswoman for Chakwera's opposition party, the Malawi Congress Party, said her party will challenge the results in court.

"We are disappointed because this is not a credible election," she said. "We can't have a president from a junk vote."

Nicholas Dausi, spokesman for Mutharika's party, said the victors would not be distracted by "bad losers."

BLANTYRE, Malawi (AP) - Malawi's election commission has declared opposition leader Peter Mutharika to be the winner of a disputed election despite complaints from the president that the vote was rigged.

The election commission said late Friday night that Mutharika, leader of the Democratic Progressive Party, had won the May 20 election with 36.4 percent of the vote. Another opposition leader, Lazarus Chakwera, had 27.8 percent.

President Joyce Banda was a distant third, according to the results. Banda had sought to annul the vote because of what she said were irregularities, but a court said her move was invalid.

Posted by Chemi Che-Mponda at 4:37 AM No comments:

Attention Young Ladies. Are you interested in participating in the MISS TANZANIA USA Pageant? It will be held in Washington, D.C. later this year. You need to be between ages 16 -27 and have at least one parent from Tanzania. Contact me at chemiche3@yahoo.com for details on how to apply.
Posted by Chemi Che-Mponda at 9:42 PM No comments: 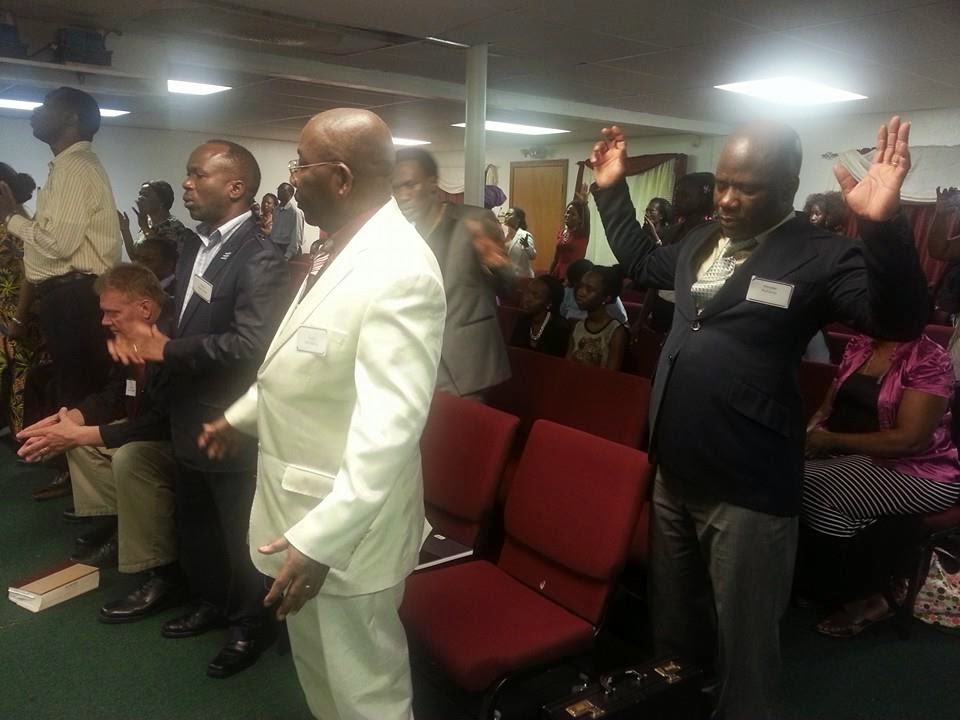 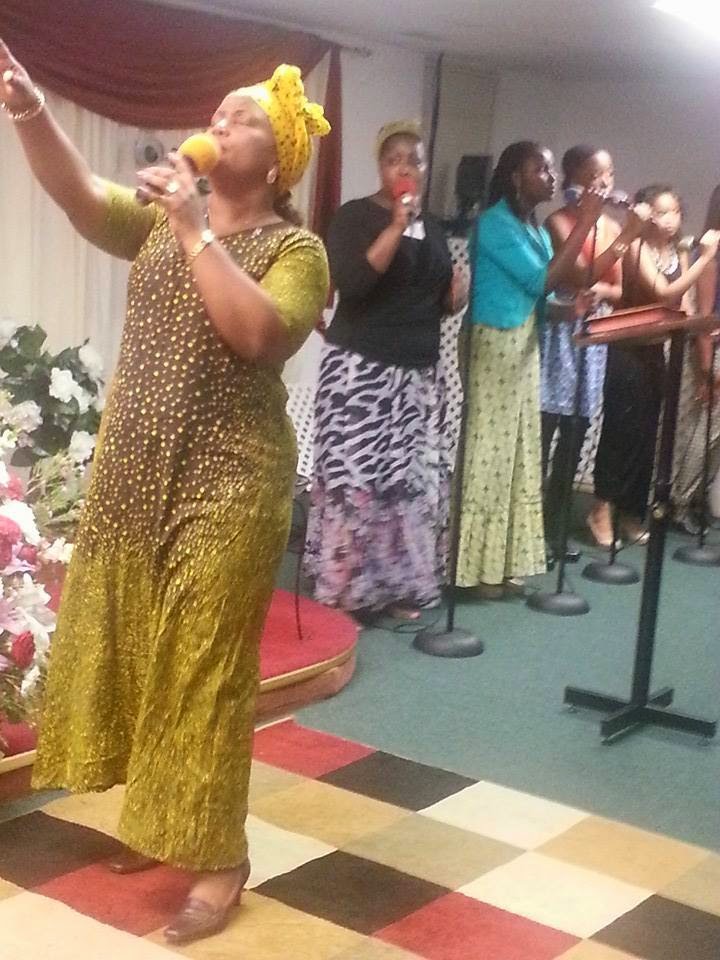 Posted by Chemi Che-Mponda at 10:36 AM No comments:

Posted by Chemi Che-Mponda at 10:32 AM No comments: 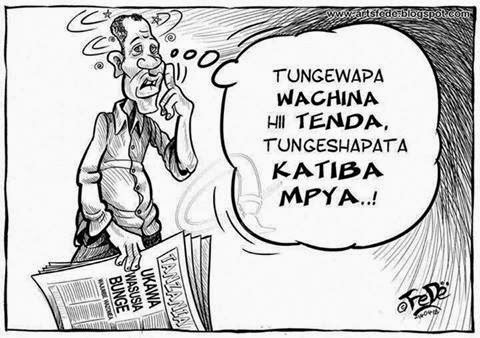 Posted by Chemi Che-Mponda at 1:20 PM No comments:

*Dar es Salaam/Dodoma.* A top director with the Energy and Water Regulatory

His baffling death came on the night of the day that he had returned to the
city from Dodoma, where alongside other government officials, were grilled
by the Budget Committee on the tax revenue collected from petroleum
products and the amount forwarded to the Road Fund and the rural
electrification agency (Rea).

Mr Gashaza was Ewura's Director of Petroleum and had represented the
authority's director general, Mr Felix Ngamlagosi, at the Dodoma meeting
with the Bunge committee chaired by Bariadi West MP and former minister
Andrew Chenge.

Family members confirmed the deceased arrived from Dodoma on Saturday and
expressed fear for his life. According to the family, Mr Gashaza told his
wife he feared some unnamed people were after his life.

The family then prayed together before the officer expressed his wish to
sleep in a hotel instead of his house for his own safety. He booked into a
hotel at Yombo Kigilagila from where he was found dead in his room
yesterday morning. Shocked family members were gathering at his home in the
city but did not want to speak to the media on the death of their kin. A
close relative who declined to be named said the family had decided to let
the police speak on any queries regarding the incident.

In Dodoma, Mr Chenge expressed shock when told of the sudden death of the
Ewura director. He confirmed his committee had interrogated the officer and
Tanzania Revenue Authority (TRA) officials over discrepancy in the
statistics presented to the Budget Committee.

According to Mr Chenge, the team had sent both Ewura nad TRA officials to
reconcile their figures and come up with true information as what they had
separately presented was in conflict. He said it was not acceptable that
the two state agencies had diffirent figures on the tax due to petroleum.
However, Mr Chenge said he wouldn't speak on Mr Gashaza' death as that was
now a police matter.

Information gathered from within members of the Budget Committee indicated
that Ewura and TRA were in a serious conflict over the figure tabled before
Parliament. It was revealed that the figures shown by Ewura wer much higher
than those shown by TRA, a fact that allude to massive tax loss or
pilfering.

IGC Annual Conference and Revival in Boston This Week

The International Gospel Church in Chelsea, MA is holding its Annual Conference and Revival from Thursday, May 22 - Sunday May, 25th. Church is located at 85 Crescent Avenue in Chelsea.  Pastor Daniel Moses Kulola and Comedian Masanja Mkandamizaji are in the line up.  Also Dr. Emilian Busara and Pastor Edith Mwita.  Event starts on Thursday at 6:00pm, on Friday, Saturday and Sunday at 9:30am runs to 10:00pm. 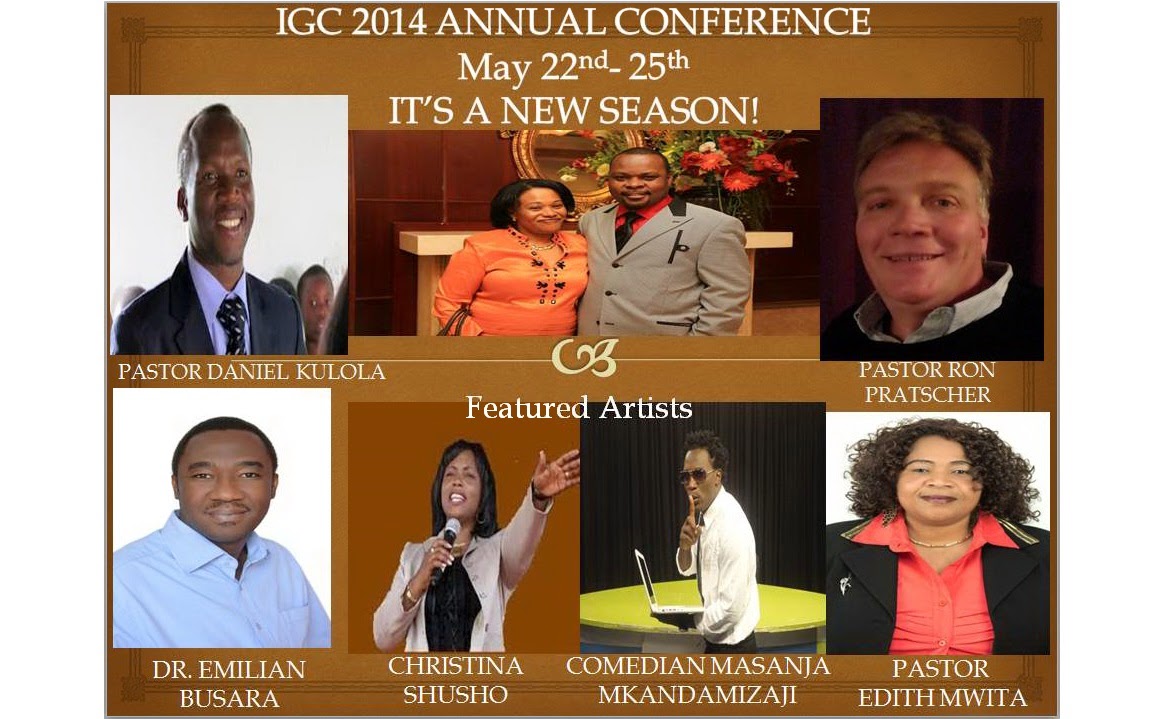 Posted by Chemi Che-Mponda at 9:19 PM No comments: 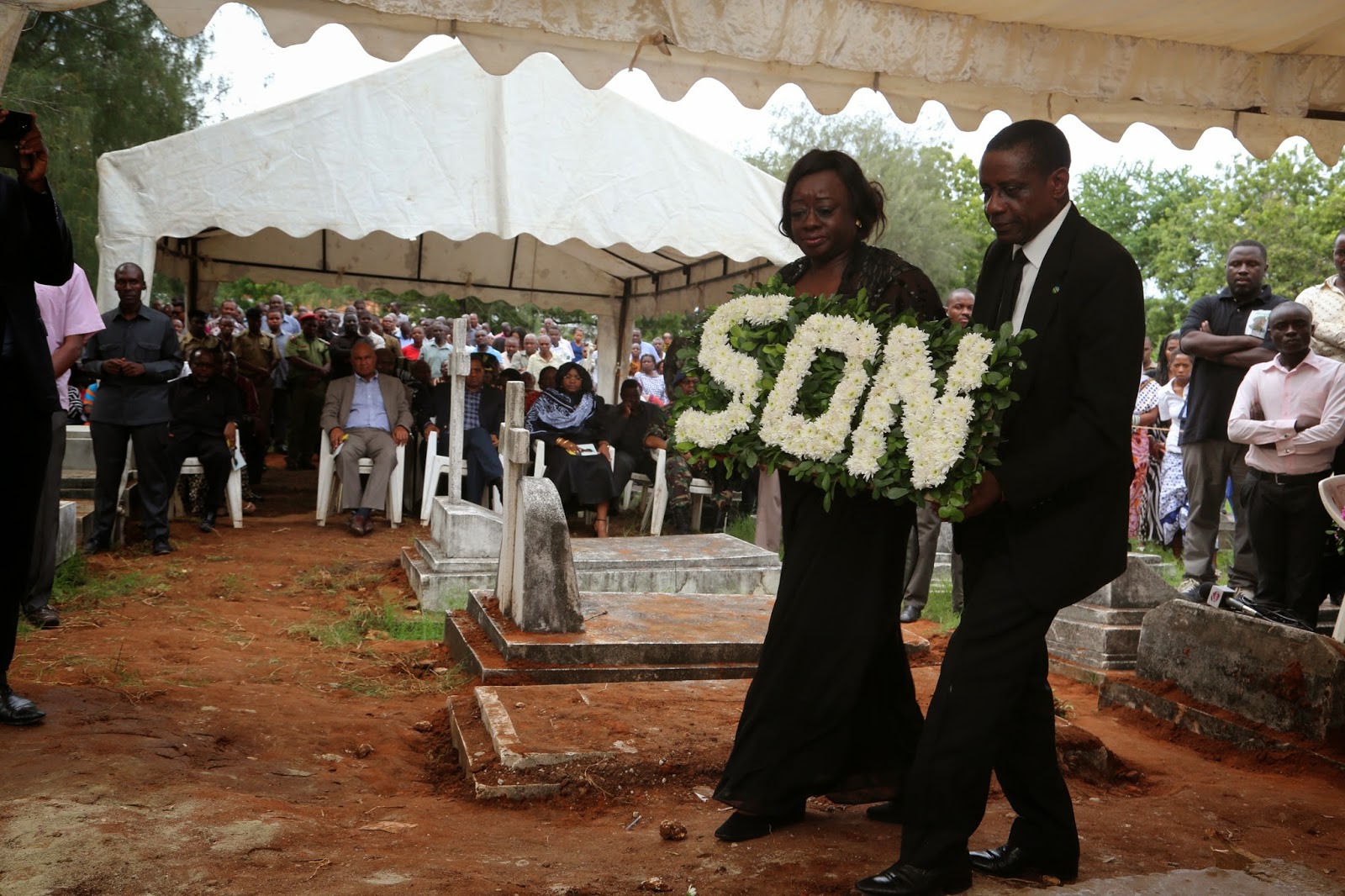 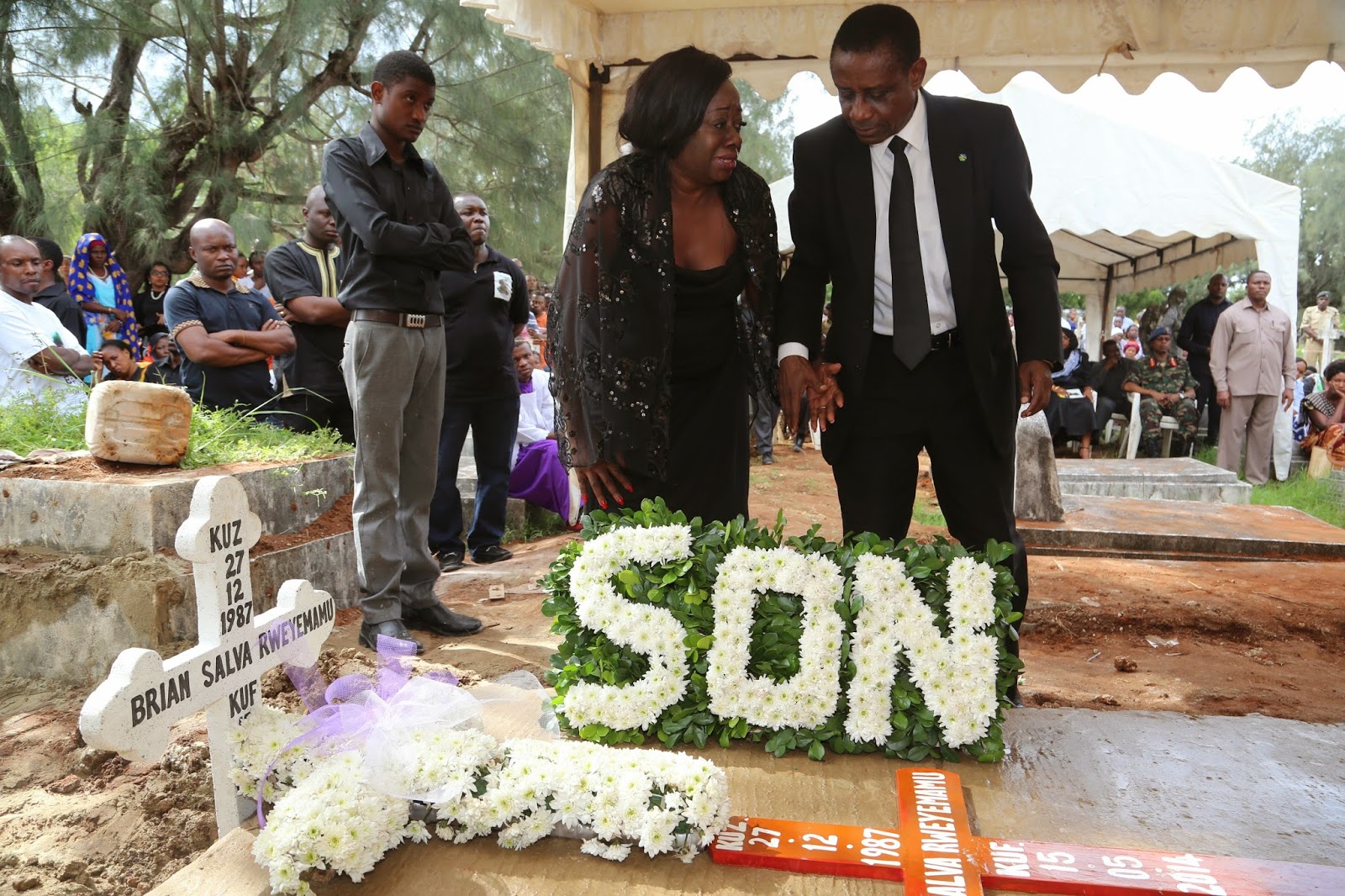 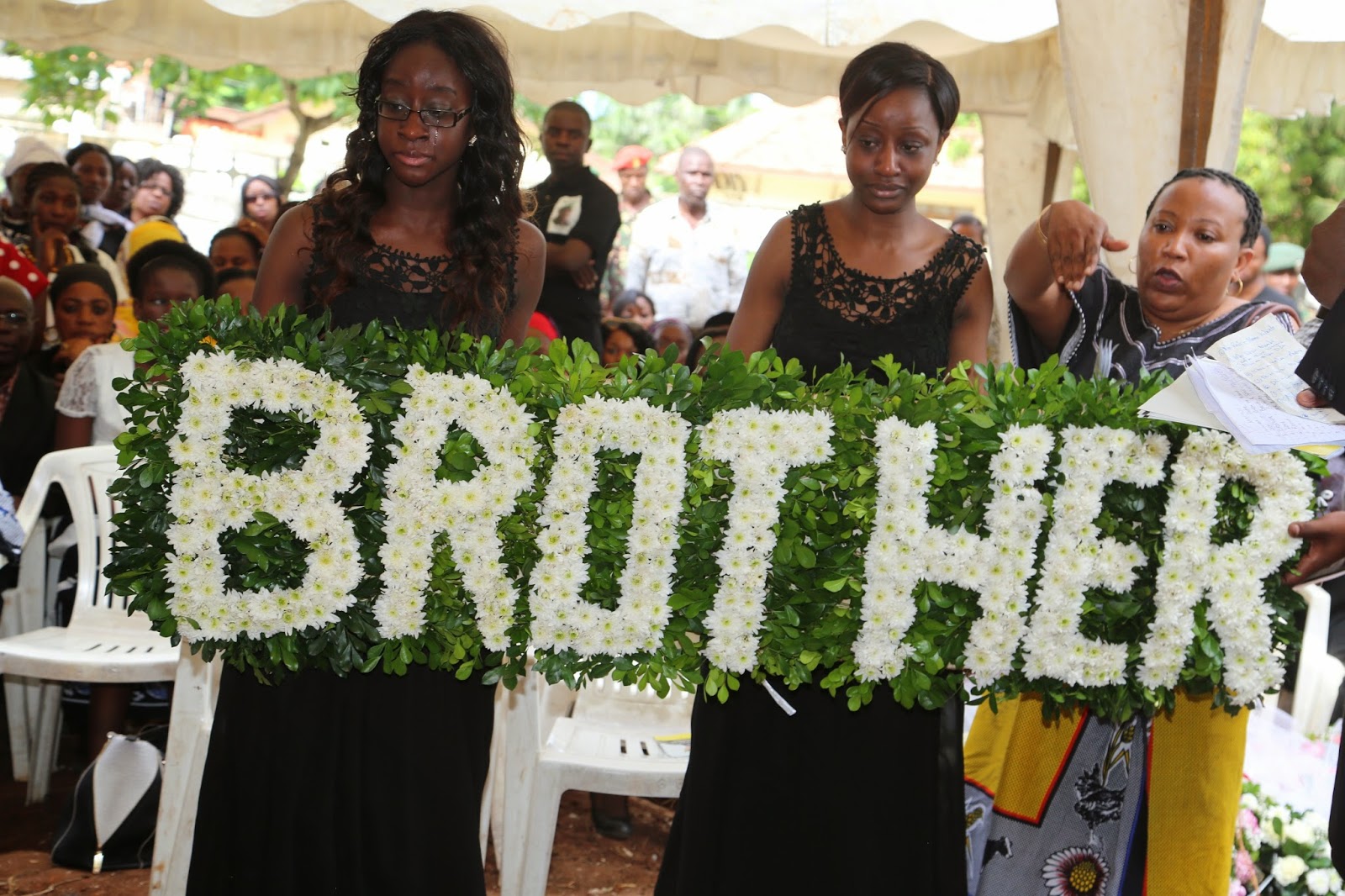 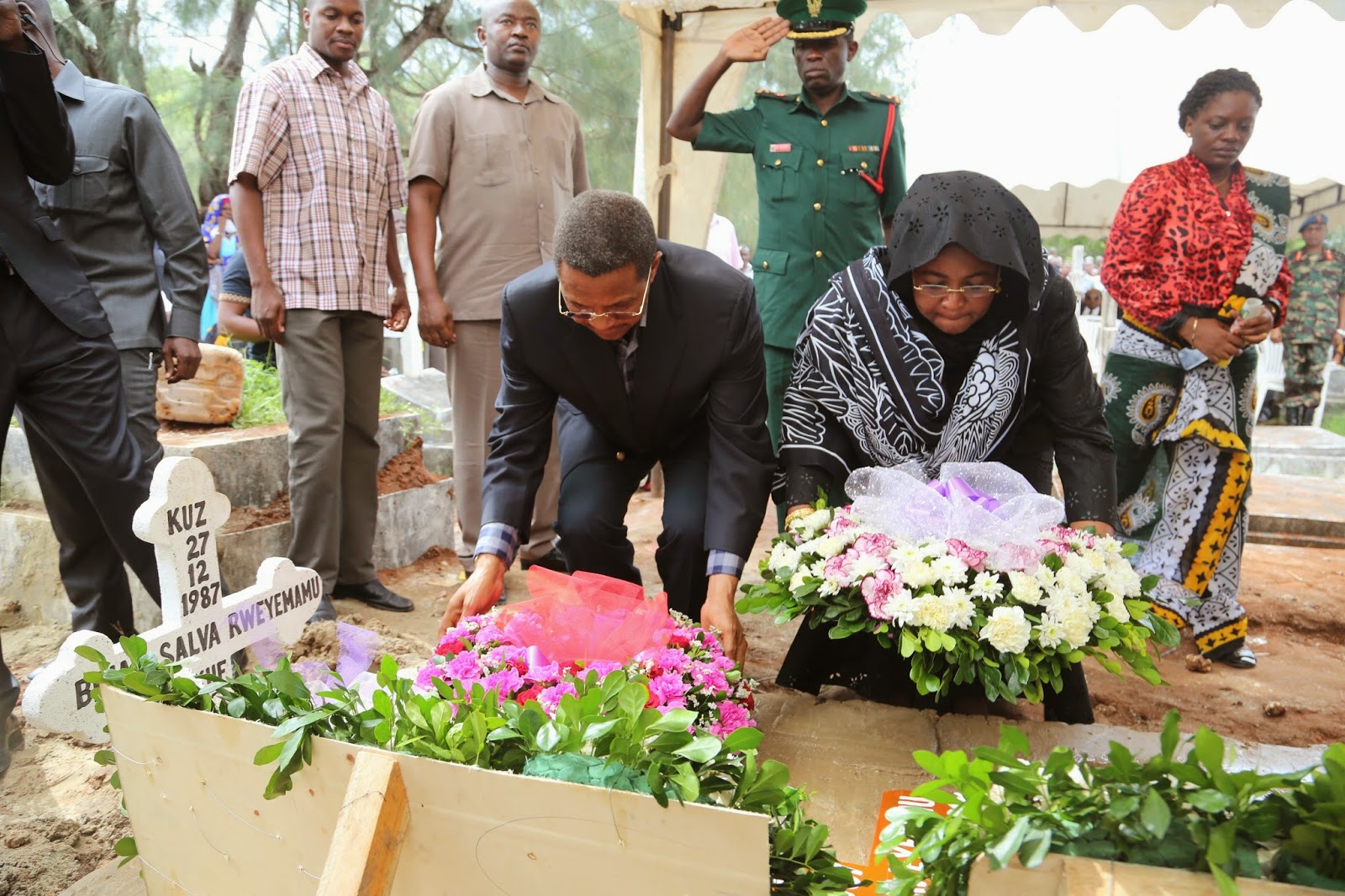 Posted by Chemi Che-Mponda at 10:23 AM No comments:

NAIROBI, Kenya (AP) - Two bombs killed 10 people and wounded 70 others Friday, tossing bodies into the air at a market in Kenya's capital, while hundreds of British tourists were evacuated from the coastal resort of Mombasa after warnings of an impending attack by Islamic extremists.

The U.S. ambassador has requested additional security and is reducing the number of people stationed at the embassy in Nairobi amid an increase in threats.

No group claimed responsibility for the blasts, which went off minutes apart in the Gikomba market near downtown Nairobi.

But he dismissed the tourism warnings from the U.S. and Britain that led to the evacuations, saying that terrorism is a common problem and not unique to Kenya.

As ambulances and security forces responded to the market bombing, witnesses described a chaotic scene.

"I heard the first blast, then another one," said Gikomba market trader Judy Njeri, who described crouching and crawling on hands and knees after the explosions that wounded some of her colleagues.

"I saw bodies being tossed in the air," she added. "The whole place was thrown into darkness and a lot of dust."

U.S. National Security Council spokeswoman Caitlin Hayden condemned the bombing as "the latest in a series of cowardly attacks on innocent civilians in Kenya, from the capital to the coast."

Security concerns are high in Kenya because of its proximity to Somalia and the al-Qaida-linked group, al-Shabab, which operates there. In September, four al-Shabab gunmen attacked the upscale Westgate Mall in Nairobi, killing at least 67 people.

On Thursday and Friday, TUI Travel, which owns the British tourism companies Thomson and First Choice, evacuated customers and canceled all flights to the coastal city of Mombasa until October. The British government had urged its citizens to leave Mombasa and nearby beach towns.

The U.S. and Britain were among several nations renewing warnings of possible terrorist attacks.

Earlier this week, the U.S. warned for the first time that its embassy itself is taking new steps to increase security "due to recent threat information regarding the international community in Kenya."

On Friday, Ambassador Robert Godec sent a letter to his staff, saying he has requested assistance from the Kenyan police and State Department. Godec said additional police are patrolling the embassy vicinity and that more assets will arrive from Washington next week.

The embassy is also reducing its staffing numbers.

"Unfortunately, the security situation in Kenya, especially in Nairobi and Mombasa, continues to worsen. Since the tragic events of Westgate in September 2013, the number of attacks, threats, and warnings is deeply concerning," Godec said, referring to the assault on the mall.

More than 100 people have been killed in shootings, grenade attacks and small bombings in Kenya in the past 18 months, the U.S. Embassy said. Kenyan authorities, with the help of the FBI, recently discovered a huge car bomb that could have caused a lot of damage.

Al-Qaida detonated a massive bomb by the U.S. Embassy in Nairobi in 1998, killing more than 200 people.

"We know from experience whether it's been in Yemen where embassies have been attacked or in Benghazi where our consulate and ambassador was attacked, anything that is a symbol of a foreign country is a potential target," said Scott Gration, a former U.S. ambassador here.

As for the evacuations, many travel companies have insurance policies that don't allow tourists to be in high-risk locations, noted Gration, a retired U.S. Air Force major general who runs a technology and investment consultancy in Nairobi.

Some of the tourists boarding a flight home at Mombasa airport expressed disappointment with the travel company's decision to evacuate them, saying they had felt safe in Mombasa.

"We believe we're safe here where we are in Kenya," said Dave Moor of England. "Everyone has been really friendly, non-threatening. We've had no worries at all, you know, and we're just so upset that you wait all year for your holiday and you've got three days and they send you home without any real reason."

Stefan Arraw of Peterborough, England, called it "a lot of overreaction."

Kenyatta said the warnings strengthen the will of terrorists.

Kenya sees a big drop in tourism activity - a major money-maker - whenever such alerts are issued. Kenyatta said the government would install 2,000 security cameras in Nairobi and Mombasa to help combat terrorism.

"My belief is that everywhere there are issues and we all need to be prudent in when we go and where we go," Gration said. "So I don't travel at night, avoid big crowds and lock my doors. Whether you are in Newark, New Jersey, or Nairobi, Kenya, we can all fall victim to crime or terrorism."

Posted by Chemi Che-Mponda at 10:13 AM No comments: 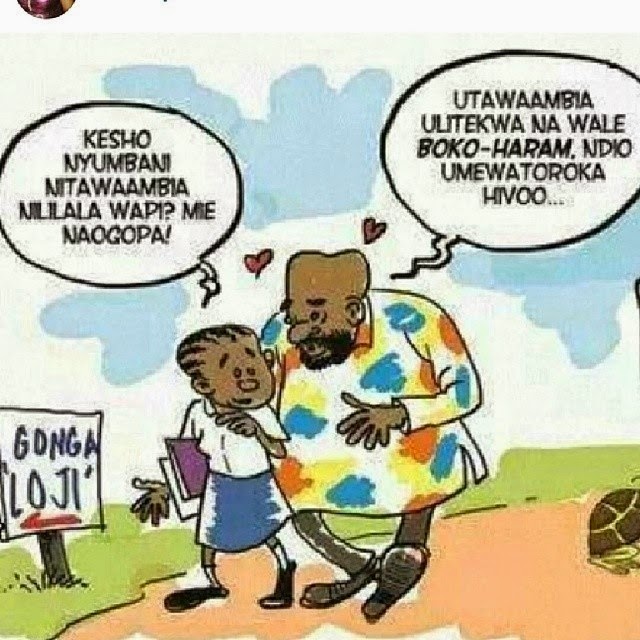 Posted by Chemi Che-Mponda at 7:54 AM No comments: