Posted by Chemi Che-Mponda at 12:45 AM No comments:

The Truth About What Happens to the Old Clothes You Donate

Your old shirts could wind up at a market like this one, in the Democratic Republic of Congo. (Thomas Lohnes/Getty … Cleaning out your closets and getting organized for spring is a great feeling — and so is seeing the piles of old clothes you've ignored for years bagged and ready for donation. Between the space you’ve just created in your own life, and the perfectly good clothing you’re about to bestow on others through a charity like Goodwill or the Salvation Army, it’s pretty much a win-win situation. Right? Not necessarily. That’s because the castoffs you think are doing so much good are more likely being sold at a profit in Africa — part of an elaborate overseas resale system that’s effectively snuffing out other countries’ own vital textile industries.

“Most Americans are thoroughly convinced there is another person in their direct vicinity who truly needs and wants our unwanted clothes. This couldn’t be further from the truth,” writes Elizabeth Cline in “Overdressed: The Shockingly High Cost of Cheap Fashion.” “Charities long ago passed the point of being able to sell all of our wearable unwanted clothes,” she notes.

According to sustainable apparel consultant Shannon Whitehead, here is what actually happens to your old suits, shirts, and sweaters — part of the 4.7 billion pounds of clothing donated by Americans annually — once you shove them into that big metal drop box: Some of the items end up in landfills; some of them get recycled into rags and insulation; and much of the clothing ends up in the markets of sub-Saharan Africa. When they arrive at charity shops, the clothes are sorted, with only about 10 percent deemed good enough for sale in the retail shop; the rest is sold to textile recyclers, which ship tons of clothing in good enough shape for resale to countries including Ghana, Cameroon, Congo, Tanzania, and Rwanda.

So on one hand, you could feel OK about the fact that the profit for the tons of castoffs is going to support valuable social programs run by the charities — programs for seniors, single moms needing work, families living in poverty, people in drug rehab, prison populations, and homeless people. But on the other hand, there’s the worrisome viewpoint that, at the same time, the cycle of shipping used clothes overseas is contributing to growing poverty in other nations. That's because, as more and more of our clothing discards are sent overseas, there's less chance that African countries will develop their own textile trades. In the past decade, in fact, local industries such as garment-making and tailoring, have collapsed, creating mass unemployment.

Further, a recent article in the Root points out:“The psychological — and, as a result, financial — blows of the used-clothing industry have been crippling. What seems to be carried over, along with the previously worn clothing, is that old-colonial mentality of ‘ours is better than yours,’ the often unspoken belief heralding all that is Western as superior, and all that is African as inferior.”

So what’s a spring cleaner to do? If you don’t want to be a part of the overseas consignment market, here are some other used-clothing recipients to consider:

• You can give used business attire to organizations such as Career Gear or the Women’s Alliance, which provide interview-worthy outfits to disadvantaged individuals seeking employment.
READ THE ENTIRE ARTICLE HERE: 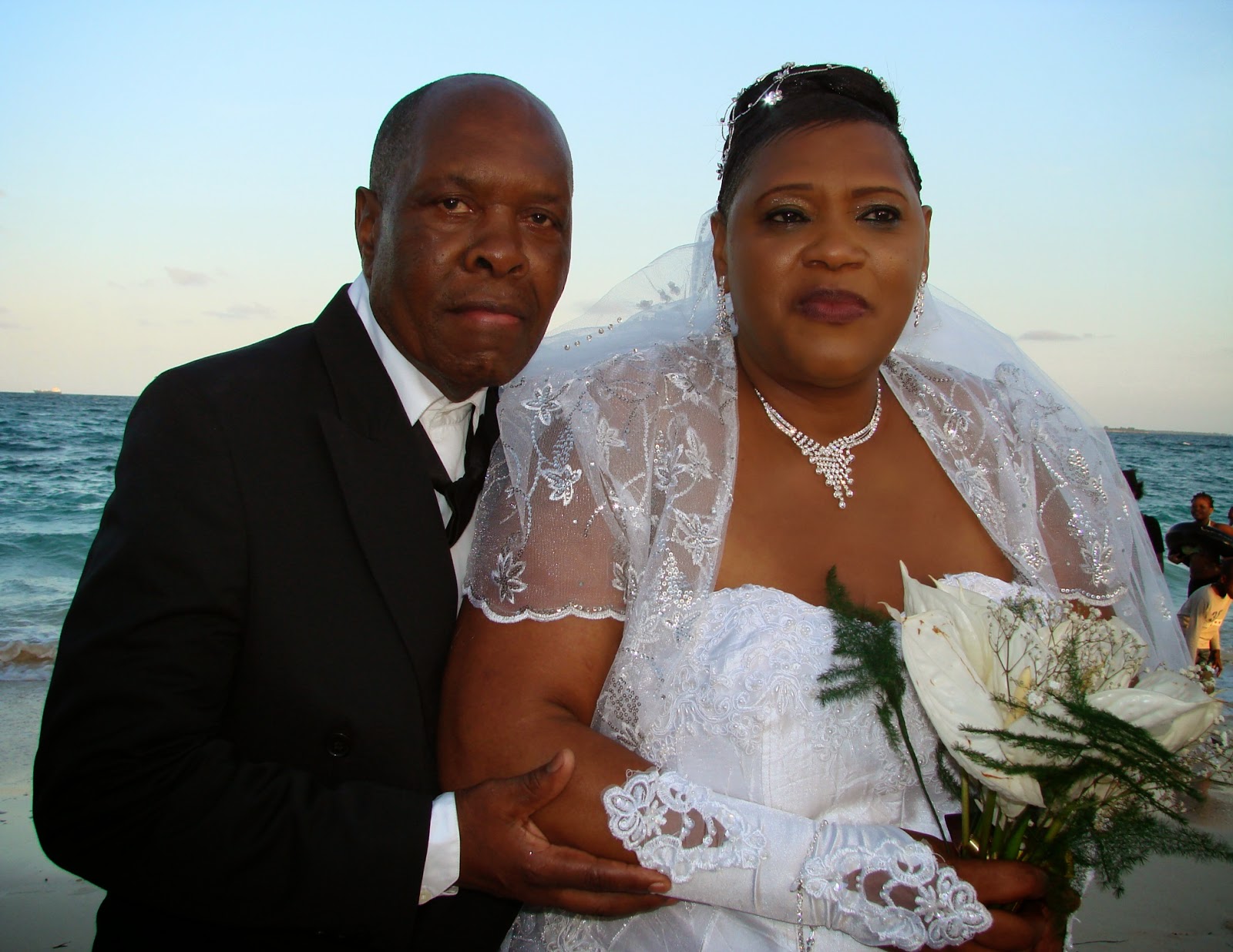 A British HIV-infected woman’s startling ignorance about her illness has stunned viewers of a talk-show clip that has since gone viral.

Rachel Dilley, 48, says she contracted HIV at age 40 from a sexual fling and admitted during an appearance on the UK’s ITV This Morning talk show that she “didn’t know anything about HIV” and “thought you got it in Africa.”
”I didn’t know a white person had ever got[sic] it,” said Dilley.

“I knew nothing about HIV or AIDs and everything I read on the Internet terrified me. When I told my children, they were devastated. My daughter was so affected she couldn’t speak and my younger son said: ‘Are you going to die?’ I couldn’t have felt more ashamed because I had no one to blame but myself.”
Click here to read more about Dilley’s remarks.
Do you think a lot of people share her bigoted views about the disease? 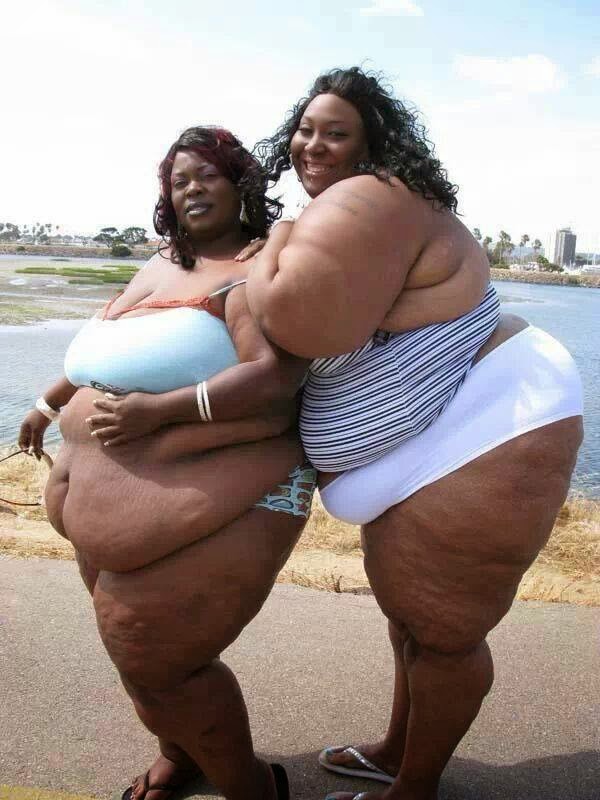 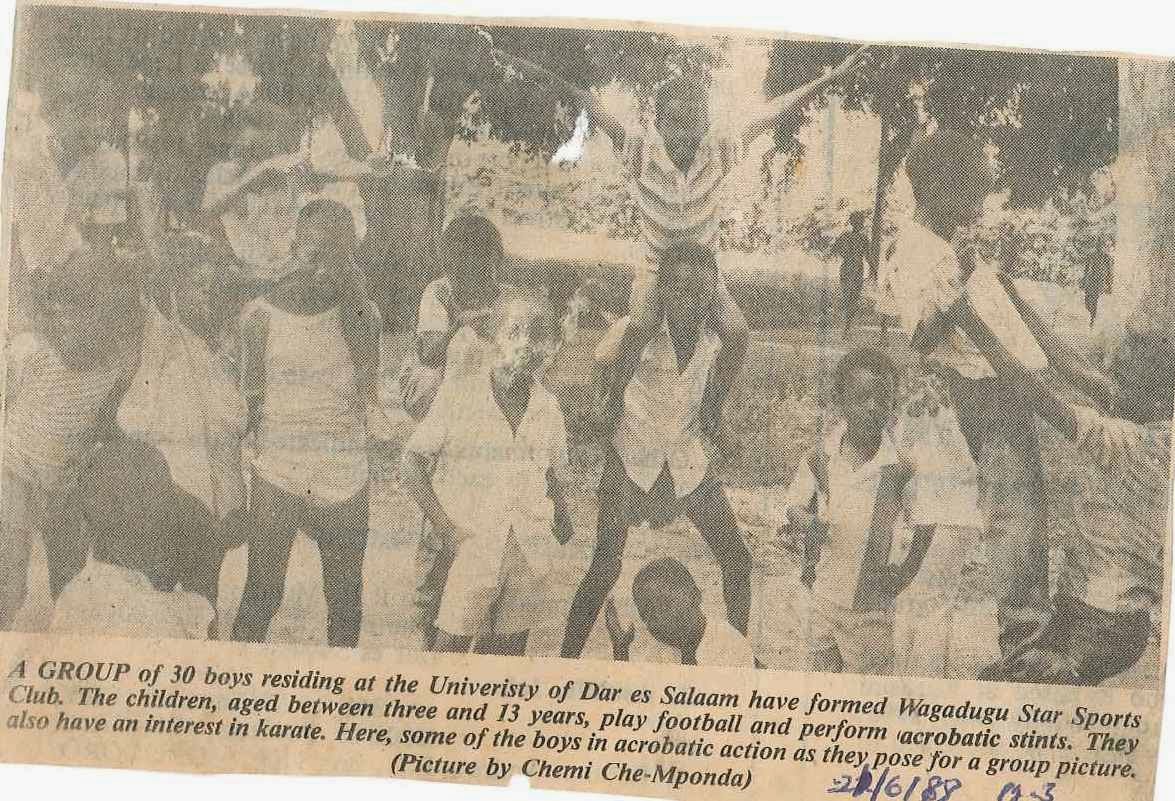 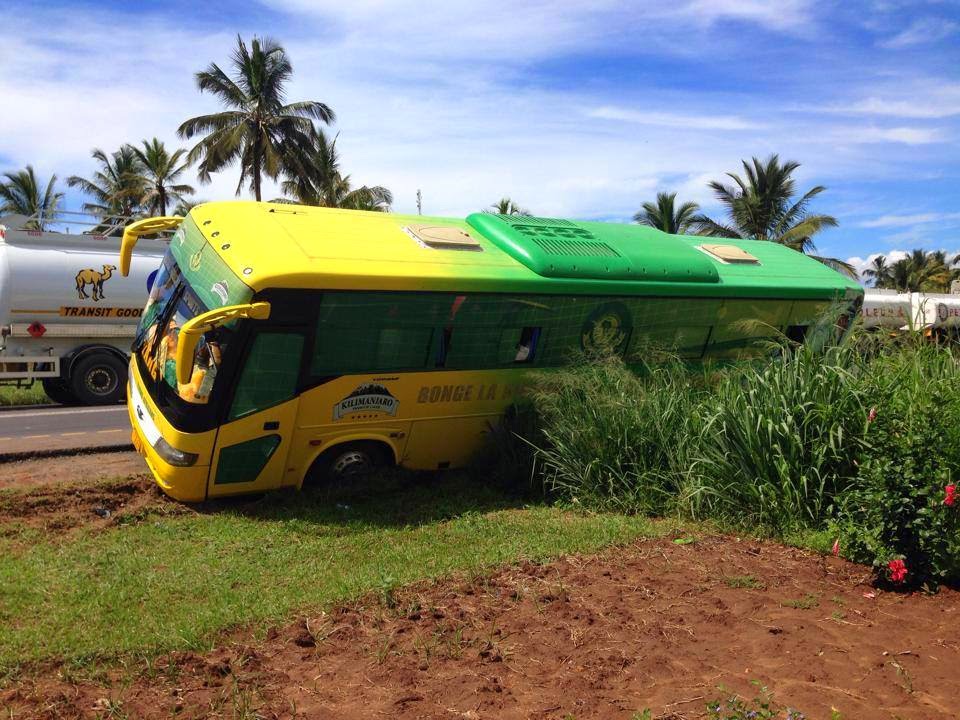 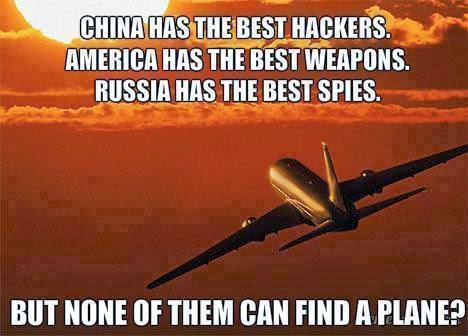 KUALA LUMPUR, Malaysia (AP) - The Malaysian jetliner missing for more than a week had its communications deliberately disabled and its last signal came about 7 1/2 hours after takeoff, meaning it could have ended up as far as Kazakhstan or into the southern reaches of the Indian Ocean, Malaysia's leader said Saturday.

Prime Minister Najib Razak's statement confirmed days of mounting speculation that the disappearance of the Malaysia Airlines Boeing 777 was not accidental, refocusing the investigation into the flight's crew and passengers and underlining the massive task for searchers who already have been scouring vast areas of ocean.

"Clearly the search for (Flight) MH370 has entered a new phase," Najib said at a televised news conference.

Najib stressed that investigators were looking into all possibilities as to why the plane deviated so drastically from its original flight path, saying authorities could not confirm whether or not it was a hijacking. Earlier Saturday, a Malaysian government official called the plane's disappearance a hijacking, though he said no motive had been established and no demands had been made known.

"In view of this latest development, the Malaysian authorities have refocused their investigation into the crew and passengers on board," Najib told reporters, reading from a written statement but not taking any questions.

Police on Saturday morning drove into the residential compound where the missing plane's pilot lives in Kuala Lumpur, according a guard and several local reporters who were barred from entering the complex. Authorities have said they will be investigating the pilots as part of their probe, but have released no information about how they are progressing.

Experts have previously said that whoever disabled the plane's communication systems and then flew the jet must have had a high degree of technical knowledge and flying experience. One possibility they have raised was that one of the pilots wanted to commit suicide.

The plane was carrying 239 people when it departed for an overnight flight from Kuala Lumpur to Beijing at 12:40 a.m. on March 8. The plane's communications with civilian air controllers were severed at about 1:20 a.m., and the jet went missing - heralding one of the most puzzling mysteries in modern aviation history. 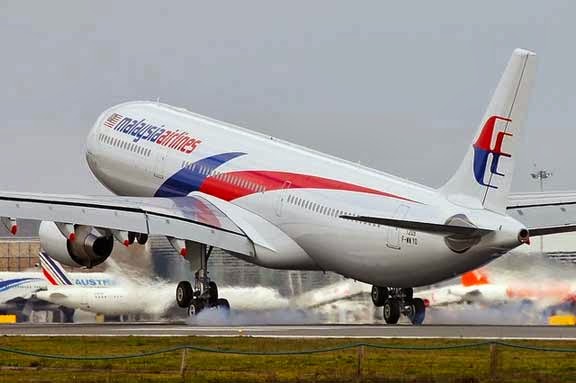 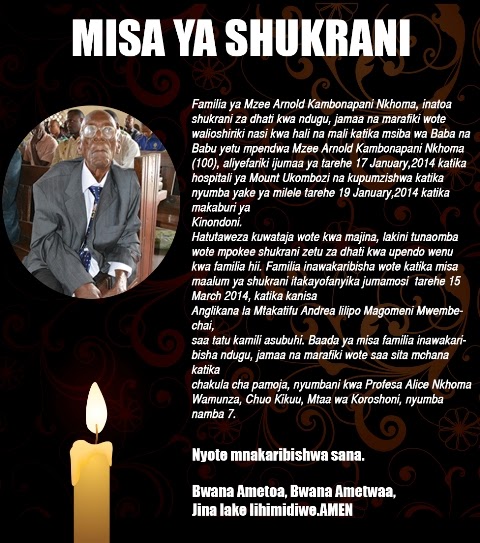 Posted by Chemi Che-Mponda at 4:19 AM No comments:


Washington (AFP) - A rare case of suspected HIV transmission from one woman to another was reported Thursday by US health authorities.
The 46-year-old woman "likely acquired" human immunodeficiency virus while in a monogamous relationship with an HIV-positive female partner in Texas, said the Centers for Disease Control and Prevention.
The woman, whose name was not released, had engaged in heterosexual relationships in the past, but not in the 10 years prior to her HIV infection.

Her HIV-positive partner, a 43-year-old woman who first tested positive in 2008, was her only sexual partner in the six months leading up to the test that came back positive for HIV.
She did not report any other risk factors for acquiring the virus that causes AIDS, such as injection drug use, organ transplant, tattoos, acupuncture or unprotected sex with multiple partners.
The strain of HIV with which she was infected was a 98 percent genetic match to her partner's, said the CDC in its weekly report.
Authorities first learned of the case in August 2012 from the Houston Department of Health.
The couple said they had not received any counseling about safe sex practices, and reported that they routinely had sex without barrier methods.
"They described their sexual contact as at times rough to the point of inducing bleeding in either woman," said the CDC report.
"They also reported having unprotected sexual contact during the menses of either partner."
The partner who was infected since 2008 had been prescribed antiretroviral drugs in 2009 but stopped taking them in November 2010, and was lost to follow up in January 2011.

The CDC warned that although such cases are rare, "female-to-female transmission is possible because HIV can be found in vaginal fluid and menstrual blood."
People with HIV should be under the care of a doctor and take their prescribed medicines to keep their viral load down and reduce the risk of infecting a partner, the CDC said.
Very few cases of this kind have been documented, and confirmation "has been difficult because other risk factors almost always are present or cannot be ruled out," said the report.
One survey of 960,000 female blood donors found 144 who tested positive for HIV and were therefore blocked from donating.
Of 106 of those women who agreed to interviews, none described female-to-female sexual contact as their only risk factor.
The CDC also described one case of a woman in the Philippines who tested positive for HIV and said she had sex only with women and did not inject drugs, though no source of infection could be confirmed.
One other case is known of a 20-year-old woman who was diagnosed with HIV after a two-year monogamous relationship with a female partner who was HIV positive. While both women had the same drug-resistant HIV mutations, no tests were done to identify if their HIV strains were a genetic match.
Posted by Chemi Che-Mponda at 10:46 PM 2 comments: 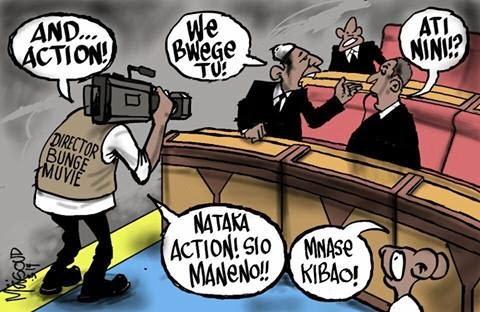 Mambo ya Kipanya
Posted by Chemi Che-Mponda at 10:44 PM 1 comment: 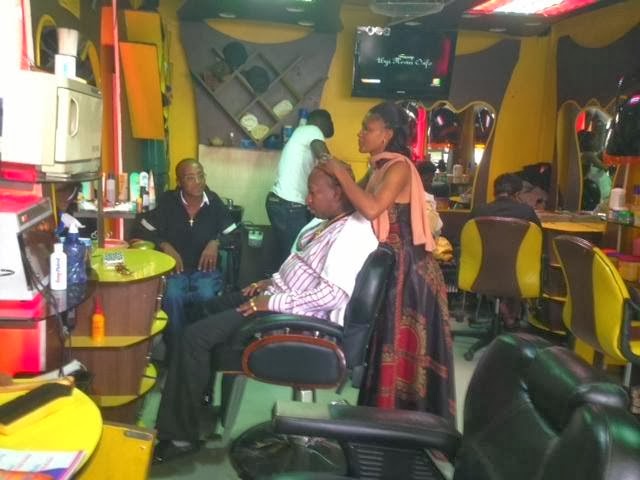 Kwa hisani ya Kaka Michuzi
Posted by Chemi Che-Mponda at 7:44 AM No comments: 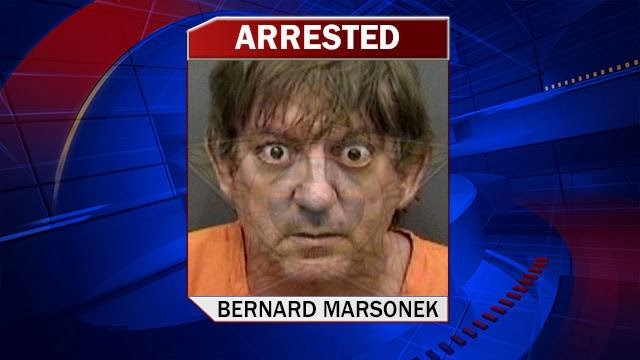 Tampa man accused of sex with pit bull. Eight dogs were removed from his home after shocked neighbors complained. 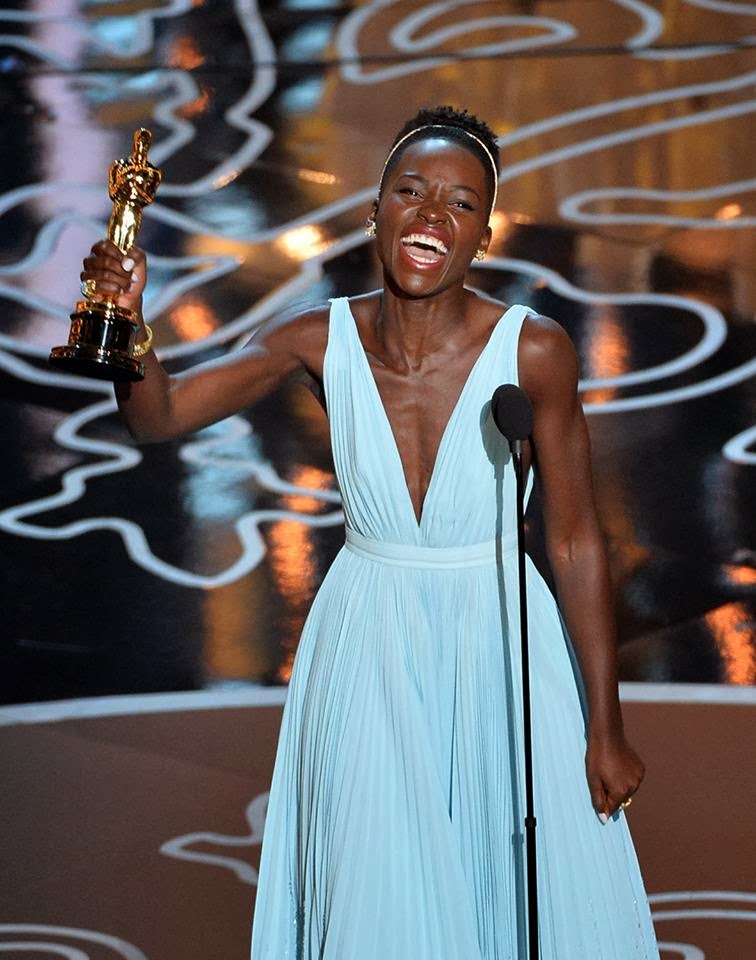 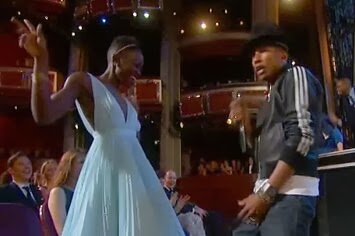 Posted by Chemi Che-Mponda at 3:45 PM No comments:

On Thursday, there was huge news that a Kentucky judge ruled that same-sex marriages performed in other states and countries must now be recognized by the state. Some more news came out on Friday, Feb. 28, 2014, as former Miss Kentucky Djuana Trent publicly revealed in her blog that she is gay, per WKYT.

She started her blog post by wrestling with herself as to whether or not she should keep writing and reveal her news or still keep it inside. With that being said, she wondered how she should reveal her news - special date? Mysteriously? Seriously?
Djuan Trent simply decided to make her announcement with just three words:

Djuan Trent went on to be crowed Miss Kentucky in 2010 and finished in the top 15 of the 2011 Miss America pageant. She had traveled all around Kentucky during her reign and was a spokesperson for the Kentucky Department of Agriculture's "Kentucky Proud" slogan and initiative.
Trent wrestled with how to make the announcement:


"I could write about what it was like to come out to my mom for the third and final time at the age of 26 (the first time was when I was in the 4th grade and the second time was in college). I could write about the years I spent praying to a God whom I wanted so badly to serve with all of my heart, but couldn't understand why this God made me "wrong". I could write about all the times that people have asked me if I have a boyfriend and I've purposely chosen to just say "no" with no further explanation."