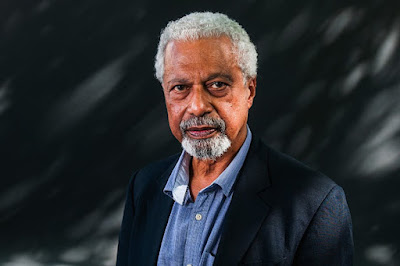 Associated Press STOCKHOLM (AP) -  Tanzanian writer Abdulrazak Gurnah has been awarded the Nobel Prize for Literature. The Swedish Academy said the award was in recognition of his "uncompromising and compassionate penetration of the effects of colonialism." Born in Zanzibar in 1948 and based in England, Gurnah is a professor at the University of Kent. He wrote 10 novels, including "Paradise," which was shortlisted for the Booker Prize in 1994. The prestigious award comes with a gold medal and 10 million Swedish kronor (over $1.14 million). Gurnah was lauded for characters who "find themselves in the gulf between cultures ... confronting racism and prejudice, but also compelling themselves to silence the truth or reinventing a biography to avoid conflict with reality."