CAIRO (AP) - Thousands demonstrated Friday in nearly two dozen neighborhoods of the Sudanese capital of Khartoum, calling for President Omar Bashir to step down, according to activists, keeping up the pressure on the autocratic general-turned-president who has been in power for nearly 30 years.

The activists said hundreds also took to the streets Friday in the railway city of Atbara north of Khartoum, Obeid in the western North Kordofan province, and Senar and Wad Madani south of the capital. They spoke on condition of anonymity because they feared reprisals.

They said police used tear gas to disperse protesters in the Khartoum suburb of Omdurman, a traditional hotbed of dissent. There were no reports of casualties.

Friday's protests were the latest in a wave of demonstrations that began across much of Sudan on Dec. 19, first against price rises and shortages but which later turned against Bashir, in power since a 1989 military coup he led. They coincide with worsening economic woes that saw a currency devaluation spiking prices, fuel shortages and a steep rise in the price of bread, a main fare for most Sudanese.

The government says elections are the only legitimate means for "regime change" and insists that "subversive elements" have infiltrated the ranks of peaceful protesters. Lawmakers loyal to Bashir are rallying support in the legislature for constitutional amendments to allow Bashir, who is in his mid-70s, to run for election in 2020.

On Friday, the spokesman for U.N. Secretary General Antonio Guterres said he wanted authorities in Sudan to conduct a "thorough investigation" od the deaths and violence during the protests. "The Secretary-General emphasizes the need to safeguard freedom of expression and peaceful assembly," the spokesman said.

London-based rights group Amnesty International says it has "reliable reports" to show that 37 people were killed in the first five days of unrest. The United States, Britain, Canada and Norway have expressed concern about the use of lethal force by security forces against protesters and are demanding an investigation.

On Thursday, the government gave its first casualty figures from the unrest. It said 19 people were killed in the protests and more than 200 protesters were wounded. Nearly 190 members of the security forces were wounded, it added.

As in previous protests, participants numbered in the hundreds or very low thousands, but the continuing defiance of the government in the face of security forces accused of using lethal force indicate a high level of popular discontent.

But it's too soon to speculate on whether these relatively modest numbers could force Bashir to step down. They may embolden top army commanders to counsel the president to quit in the nation's interest, although another general at the helm is unlikely to placate the Sudanese. A protracted uprising would likely paralyze the country and turn into the kind of chaos seen in Libya, whose 2011 revolt turned into a civil war that has left the country divided to this day.

Sudan's military has dominated the country since independence in 1956 and the ongoing protests bear some resemblance to popular revolts in 1964 and 1985 that toppled military regimes and ushered in democratically elected governments, later overthrown by military coups in 1969 and 1989 respectively.

The protesters in Atbara chanted "the people want to bring down the regime," the main slogan of the Arab Spring revolts of 2010 and 2011. In Omdurman, they chanted "freedom, peace and justice."

A video clip provided to The Associated Press by the activists and posted online purported to show the scene at a Khartoum mosque where Bashir, an Islamist, performed his Friday prayers. A lone male voice could be heard shouting "Bashir, leave!" The authenticity of the video could not be independently verified.

Friday's protests also coincided with an indefinite strike by doctors and a three-day strike by journalists that began on Thursday.

Also Friday, the activists reported another wave of arrests of opposition leaders, including some of the organizers of an attempted march on Bashir's presidential palace on Tuesday. The call for the march attracted thousands of participants who clashed with police who used tear gas and rubber bullets to disperse them. Scores were wounded, some seriously.

Among those arrested is the chairman of the liberal Sudan Conference Party and a senior leader of the Communist Party, the latter a key player in past popular uprisings.

Posted by Chemi Che-Mponda at 10:31 AM No comments:

What is Boxing Day?


LONDON (AP) - In Britain and other countries like Australia and Canada, the day after Christmas is a secular national holiday known as Boxing Day. Here's a brief look at some theories about how the holiday got its name and how people celebrate it:

NO NEED FOR BOXING GLOVES

While no one seems to know for sure how it came to be called Boxing Day, it definitely has nothing to do with the sport of boxing. Perhaps the most widely held understanding of its origins comes from the tradition of wealthier members of society giving servants and tradesmen a so-called Christmas Box containing money and gifts on the day after Christmas.

It was seen as a reward for a year's worth of service. Other believe it comes from the post-Christmas custom of churches placing boxes outside their doors to collect money for distribution to less-fortunate members of society in need of Christmas cheer.

Some trace it to Britain's proud naval tradition and the days when a sealed box of money was kept on board for lengthy voyages and then given to a priest for distribution to the poor if the voyage was successful.

There are other explanations, but it's clear the designation has nothing to do with the modern habit of using the holiday for shopping at "big box" stores selling televisions, computers and the like.

SHARING THE WEALTH, AROUND THE COMMONWEALTH

No one knows for sure when Boxing Day started, but some believe it was centuries ago, when servants would be given the day after Christmas off as a day of rest after feverish preparations for their masters' celebrations.

Others trace it back even earlier, to the Roman practice of collecting money in boxes - they say Roman invaders brought this practice to Britain, where it was taken up by the clergy to collect money in boxes for the disadvantaged.

The tradition gained popularity during the Victorian era and has flourished to this day. The British Empire may now be a thing of the past, but Boxing Day is still celebrated in some other parts of the Commonwealth, including Canada, Australia and Kenya.

SO IF THEY'RE NOT BOXING, WHAT DO PEOPLE ACTUALLY DO ON BOXING DAY?

Boxing Day has evolved into a day of relaxation and indulgence - and shopping. It is filled with sporting events (including a marathon soccer schedule tailor-made for TV viewing from a comfortable couch) and it is often a day when people open their homes to family and friends who drop by for turkey, ham and perhaps half-consumed bottles of wine left over from Christmas dinner.

In Britain it used to be a day for fox hunting in the frost-tinged countryside, but that practice has been mostly banned for more than a decade now. In its place, "Boxing Day Sales" have flourished, with many Britons lifted from their post-Christmas torpor by the lure of low prices in department stores.

Posted by Chemi Che-Mponda at 10:30 AM No comments: 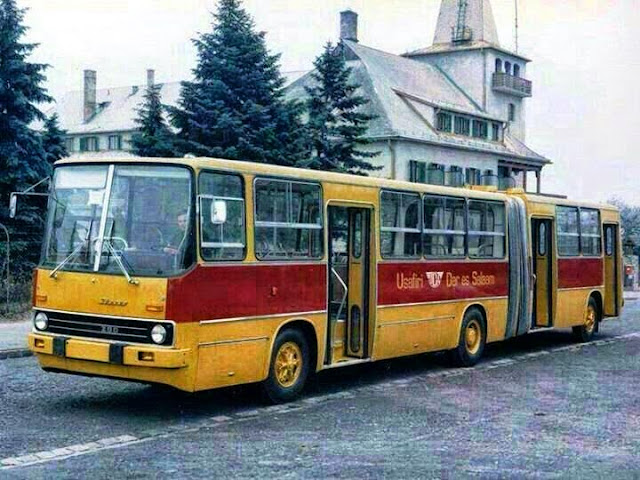 Posted by Chemi Che-Mponda at 8:43 AM No comments: