The late Anthony Edgar (Tony) Barreto gave me many words of wisdom when I worked at Daily News (Tanzania Standard Newspapers) . He could be very funny too. May he rest in eternal peace. Amen.

THE late Anthony Barreto.
A FORMER Advertising Manager with Tanzania Standard Newspapers Limited (TSN), Mr Anthony Barreto, is dead.
A brother-in-law to the late Barreto, Mr Diamond Carvalho, said in Dar es Salaam that the late Baretto died at his home in the city in the morning as he was preparing to go out.
He said the deceased’s body was sent to the Hindu Mandal Hospital for a postmortem and preservation, as the family is discussing the funeral arrangements.
Mr Carvalho told the ‘Daily News,’ where the late Barreto served for over a decade, that the burial will be held in the city either on Friday or Saturday depending on the arrival of the deceased’s relatives who are based abroad.
Prior to his death, Barreto owned a media consultancy and public relations firm in Dar es Salaam.
A close friend described ‘Tony’ as he was fondly called by friends as a ‘’cultured man who loved his roots’’. He was a stalwart at the Dar es Salaam Institute (Goan Club) in the city centre.
He leaves a widow, Pearl and two children, daughter Catherine-Rose and son John-Paul who are reportedly ‘’both enjoying success in their chosen fields.’’
Posted by Chemi Che-Mponda at 8:58 AM No comments: 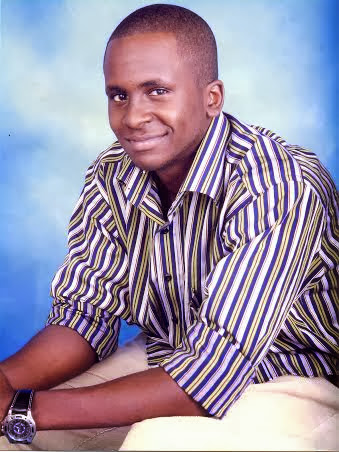 
OAKLAND, Calif. (AP) - A judge on Friday ordered a California hospital to keep a girl declared brain dead on life support following what was supposed to be a routine tonsillectomy.

The ruling by Superior Court Judge Evelio Grillo came as both sides in the case agreed to get together and chose a neurologist to further examine 13-year-old Jahi McMath and determine her condition. The judge scheduled a hearing Monday to appoint a physician.

The girl's family sought the court order to keep Jahi on a ventilator while another opinion is sought. They left the courtroom without commenting.

After her daughter underwent a supposedly routine tonsillectomy and was moved to a recovery room, Nailah Winkfield began to fear something was going horribly wrong.

Jahi was sitting up in bed, her hospital gown bloody, and holding a pink cup full of blood.

With her family and hospital staff trying to help and comfort her, Jahi kept bleeding profusely for the next few hours then went into cardiac arrest, her mother said.

Despite the family's description of the surgery as routine, the hospital said in a memorandum presented to the court Friday that the procedure was a "complicated" one.

"Ms. McMath is dead and cannot be brought back to life," the hospital said in the memo, adding: "Children's is under no legal obligation to provide medical or other intervention for a deceased person."

In an interview at Children's Hospital Oakland on Thursday night, Winkfield described the nightmarish turn of events after her daughter underwent tonsil removal surgery to help with her sleep apnea.

She said that even before the surgery, her daughter had expressed fears that she wouldn't wake up after the operation. To everyone's relief, she appeared alert, was talking and even ate a Popsicle afterward.

But about a half-hour later, shortly after the girl was taken to the intensive care unit, she began bleeding from her mouth and nose despite efforts by hospital staff and her family.

While the bleeding continued, Jahi wrote her mother notes. In one, the girl asked to have her nose wiped because she felt it running. Her mother said she didn't want to scare her daughter by saying it was blood.

Family members said there were containers of Jahi's blood in the room, and hospital staff members were providing transfusions to counteract the blood loss.

"I don't know what a tonsillectomy is supposed to look like after you have it, but that blood was un-normal for anything," Winkfield said.

The family said hospital officials told them in a meeting Thursday that they want to take the girl off life support quickly.

"I just looked at the doctor to his face and I told him you better not touch her," Winkfield recalled.

The family filed a request Friday for a temporary restraining order prohibiting the hospital from taking Jahi off life support or any of her other current treatment.

At the hearing later, the hospital's attorney, Doug Straus, said two doctors unaffiliated with the hospital examined Jahi and concluded that she was brain dead. But he said, "We're happy to cooperate with the judge's suggestion that an independent expert be provided to confirm yet again that brain death is the outcome that has occurred here."

The family's attorney, Christopher Dolan, said the family wanted independent tests of their own because they do not believe the hospital's physicians are sufficiently independent.

"There is mistrust and there is a conflict of interest," he said.

Judge Grillo said he would grant the restraining order in hopes that a resolution could be reached by Christmas to give the family peace of mind.

Hospitals do a barrage of sophisticated tests to determine brain death, said Dr. Cristobal Barrios, an associate professor and a trauma and critical care surgeon at the University of California, Irvine. He is not involved in Jahi's care and spoke about general hospital protocols.

The tests include touching a patient's cornea to elicit a blink, moving a breathing tube to stimulate a gag reflex, tickling the back of the throat to bring on a cough, and applying pressure or pain.

In some cases, doctors will also draw a blood sample, add radioactive tags and re-inject it into the body to track where it flows. If the blood doesn't flow to the brain, Barrios said, there is no brain activity.

Generally, two teams of specialists must run the tests and determine independently that the patient is brain dead, he said. At UC Irvine, those evaluations must take place 12 hours apart if the patient is a child.

Barrios said it's not unusual for family members to resist a diagnosis of brain death.

While the hospital is not obligated to keep life support going after that diagnosis, Barrios has left brain dead patients hooked up for up to five days while family members move toward acceptance, he said.

"I understand why sometimes for families it's devastating and confusing," he said.
Posted by Chemi Che-Mponda at 6:59 AM No comments:

Posted by Chemi Che-Mponda at 9:22 AM No comments:


Dear User,We received a request on 14/12/13 to reset the password for your email account. Please confirm this request to complete the password reset: by clicking on the link or copy and pasting the link below

I did not make this request, cancel the password reset

Thank you,
The Y! Mail Team
Posted by Chemi Che-Mponda at 7:02 AM No comments:

A Nubian Notion's at Dudley as well as  A Nubian Notion's at 146 Dudley St., (617) 442-2622 or at Ruggles Station. These special and limited edition calendars support the Veterans Reading Brigade, an after school tutorial reading program and will make excellent gifts  as well as being learning tools about some of our contributions to building America. Please stop in at the A Nubian Stores and get your other gifts along with this creative calendar.  Thank you for shopping at a Nubian Notion, Inc.

Posted by Chemi Che-Mponda at 1:15 AM No comments:

Speaking to his Colleagues during the Commemorations of World Aids Day, Acting UN Resident Coordinator Mr. Jama Gulaid said that HIV prevalence is 5.1 percent and the occurrence is higher among women than men is estimated between 6.2 percent versus 3.8 percent

“HIV prevalence among young women is higher than among young men – particularly for youth age 23- 29 where women are three times more likely to be infected than men,” he said.

He added that high vulnerability of young women to contract HIV would require an additional individual and national effort, to ensure that associated structural factors are addressed.

Gulaid said that it is also critical to have a comprehensive sexual reproductive education in the communities and it’s vital that each and every one should discuss about HIV/Aids with their children.

“As we are all aware, World AIDS Day is celebrated on the 1st of December every year for the purpose of raising awareness about HIV and AIDS and to demonstrate International Solidarity to respond to this global pandemic,” he added.

He noted that the global theme for World AIDS Day from 2011-2015, as selected by the World AIDS Campaign is ‘Getting to Zero’ and the campaign focuses on Zero New Infections, Zero Stigma and Discrimination and as a result Zero AIDS related deaths.

Gulaid underscored that the reports from Joint United Nations Program on HIV/AIDS (UNAIDS) as of 2012 shows that remarkable progress has been made over the last decade, yet significant challenges remain. As of 2012.

“28.6million PLHIV are in need of treatment, however only 9.7million (34 percent ) PLHIV are accessing HIV treatment; 1.25 million Children in need of HIV treatment did not have access; There are 1.6million AIDS related deaths, Furthermore reports inform that 2 million adolescents (10 to 19 years) are living with HIV,” he clarified .

Beatrice Mkiramweni from the UN Resident Coordinator's Office shares her experience on HIV/AIDS to her fellow colleagues.

According to him that the report further informs that there are 86,000 estimated new HIV infections annually (between age 15-49years).

He explained further that the use of Condom is very low. Only 27 percent of the interviewees were conversant on the importance of consistent use of both female and male condoms, however only 8.3 percent reported using of condoms.

Gulaid noted that today more than 30 years with HIV/Aids epidemic, the world should stop the epidemic to continue to kill thousands of young boys and girls around the globe.

Posted by Chemi Che-Mponda at 9:22 AM No comments: