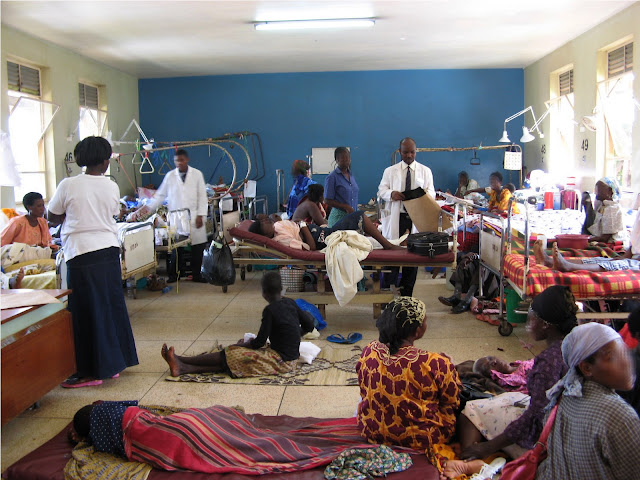 Crowded hospital in Uganda
LUSAKA, Zambia — At a Chinese-run hospital in Zambia, some employees watched as people who recently returned from China showed up with coughs but were not placed in isolation. A doctor tending to those patients has stopped coming to work, and health workers have been ordered not to speak publicly about the new virus that has killed hundreds around the world.
The virus that has spread through much of China has yet to be confirmed in Africa, but global health authorities are increasingly worried about the threat to the continent where an estimated 1 million Chinese now live, as some health workers on the ground warn they are not ready to handle an outbreak.
Countries are racing to take precautions as hundreds of travelers arrive from China every day. Safeguards include stronger surveillance at ports of entry and improved quarantine and testing measures across Africa, home to 1.2 billion people and some of the world’s weakest systems for detecting and treating disease
You can read the entire story by Clicking Here:
Posted by Chemi Che-Mponda at 4:06 PM