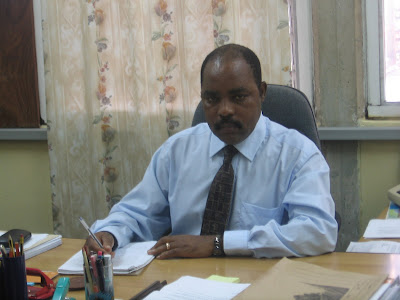 The University of Dar es Salaam has announced that one of its dons, Prof Pius Yanda, was among co-authors who on October 12 this year jointly received the prestigious Nobel Peace Prize. In a statement released in Dar es Salaam on Thursday, the university's public relations office said Yanda was a joint recipient of the world`s top prize with former US vice-president Al Gore for co-authoring the Inter-Government Panel for Climate Change (IPCC) report.

Yanda, according to the statement, is a professor of Physical Geography specialising in natural resources management and environment and is currently engaged in a research project that provides high resolution information on predicted future climate change and associated impact on natural and social systems in various parts of Tanzania.

The project is conducted in collaboration with Michigan State University of the US and the Livestock Research Institute of Nairobi. However, in the IPCC report, the statement said, Prof Yanda participated in the project, entitled `Climate Change Impacts, Adaptation and Vulnerability,` with specific focus on Africa.

Findings presented in the report include that of vulnerability of Africa to climate change and climate variability, a situation aggravated by the interaction of multiple stresses occurring at various levels and law adaptive capacity, noted the statement.

Another finding states that climate change could result in low-lying lands being inundated, with resultant impacts on coastal settlements. The report also notes that human health, already compromised by a range of factors, could further be impacted by climate change and climate vulnerability.
Posted by Chemi Che-Mponda at 12:35 PM

Ni vyema kujua ukweli...From the official website of nobelprize http://nobelprize.org/nobel_prizes/peace/laureates/2007/
It clearly indicates that Prof Yanda is NOT one of the laureates.This year award went to Al Gore and IPCC as organisation.
Perhaps he had a significant job for IPCC but magazeti yetu yakaandika kama kawaida yao bila kuelewa mambo.His work was among the work used by IPCC

If a organisation gets the award we cant say its a ward to specific persons eg. Previously UN (2001) got it and they shared with Kofi Annan (his person efforts were recognised)

Prof Wangare Maathai was the last person to receive the prize alone,

the press release from IPCC which didnt mention names of the said co author apart from mentioning previous chairmen and the current one Rajendra.

ANOTHER way of getting light on this matter is to google Prof Pius Yanda and then U google Al Gore utakuta kuhusu Yanda news za nobel price zinatokea kwenye magazeti yetu tuuuuu.

The Nobel Peace Prize 2007
"for their efforts to build up and disseminate greater knowledge about man-made climate change, and to lay the foundations for the measures that are needed to counteract such change"


Intergovernmental Panel on Climate Change (IPCC) Geneva, Switzerland Founded in 1988 1/2 of the prize