'Fela' The Musical In Boston 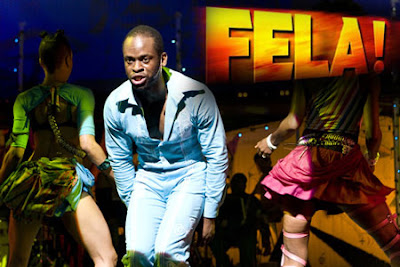 YANCEY WELCOMES TONY AWARD-WINNING FELA! TO THE CITY OF BOSTON

Councillor Yancey called the musical, which tells the important story of legendary Nigerian musician, Fela Anikulapo Kuti, an incredible demonstration of one man’s sacrifice to improve the political environment and human rights conditions in Nigeria. “The music, the dance, the costumes, and the extraordinary talent made FELA! one of the best musicals I’ve ever seen,” he said.

Fela, a Nigerian multi-instrumentalist, a musician and composer, the pioneer of Afrobeat music, human rights activist, and a political maverick, defied Nigeria’s corrupt and oppressive military governments and devoted his life and music to the struggle for freedom and human dignity. His staunch defiance toward corrupt administrations consequently led to over 200 arrests and numerous severe beatings that left scars all over his body.

Fela, who recorded nearly 50 albums portraying his message of transparency, honest government, and justice for all, died in August of 1997, officially of complication from AIDS, but unofficially, according to friends, of injuries from one beating too many. His musical legacy is available globally through Knitting Factory Records.

FELA!, which has received 11 Tony nominations and three Tony Awards for Best Choreography, Best Costumes and Best Sound, is a collaboration between Steve and Ruth Hendel, Jim Lewis, and Bill T. Jones, with support from Shawn “Jay-Z” Carter and Will & Jada Pinkett-Smith.

Councillor Yancey urged all Bostonians to come out and enjoy the phenomenal performance of FELA! “It’s a breathtaking musical that will leave you enthusiastic about life.”

And this is how one could defame her own country and Family members to buy recognition as a Samaritan in good did! ----- "NTC would like to recognize our current volunteer team! A special ‘thank you’ to Luca Scarp (Project Director in Tanzania), Klara Carlson (Graphic Design), Yevgen Virovsky (Web Design), Evelyn Smith (Monitoring and Evaluation), Queen Butahe (Student Outreach) Amin Meyghani (Graphic Design and Curriculum Design), Thomas Dasilva (Video Production), and Michael Hinde (Graphic Design). We’d also like to recogize the NTC Board of Directors, Advisory Board, and Youth Board. Please contact us to get involved today!" ----- Queen and this NGO working in Tanzania! How could shaming be the reason to do good?