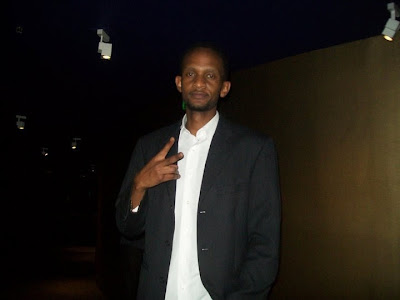 ROSWELL, Ga. – A 32-year-old man is missing on the Chattahoochee River after he fell in Aug. 6 while rafting with friends.

Paul Buyoya Biswaldo, of an unknown address, was reported with a large group of friends rafting down the river from Azalea Park. Lt. James McGee of the Roswell Police Department said alcohol was involved.

"He was in the process of going from one raft to another raft when he lost his footing and fell in," McGee said.

His friends threw a life preserver to him but he never resurfaced. They returned to the boat dock to report him missing, about an hour after his disappeared.

Police, fire and rescue teams arrived to begin the search, about 5:15 p.m. and they searched until nightfall. Wednesday morning they picked up the search, however rain and fog limited their efforts.

McGee said the efforts were still considered "rescue" and not "recovery."

Rescue teams returned to the Chattahoochee River in Roswell Wednesday to search for a man last seen swimming Tuesday afternoon.
The man, whose name was released, was last seen around 4:30 p.m. Tuesday, swimming from a boat in the area of Don White Park on Riverside Road, Roswell police said.
Investigators believe the man was attempting to go from one boat to another, but instead ended up in the water. Boaters attempted unsuccessfully to throw a life vest to the man, according to police.
Crews searched until dark Tuesday, and the Forsyth County dive team, along with state Department of Natural Resources, National Park Service and Roswell fire personnel resumed looking for the man Wednesday morning.
“The last known location where he was seen struggling was under the river bridge,” Roswell Deputy Fire Marshal Paul Piccirilli said Wednesday.
“We will begin where he was last seen, then, based on the water current and water levels, they will determine which direction to go from there,” Piccirilli told The Atlanta Journal-Constitution. “We will stay out here until we find him or other information becomes available that we don’t need to do that any longer.”
Staff writer Mike Morris and photographer John Spink contributed to this article.


On Tuesday, August 6th, rangers and other personnel began a search for a missing boater in the Chattahoochee River.
Late that afternoon, rangers received a call for assistance in finding a man who’d been on the river with a party of 21 other boaters. The man was swimming between two rafts when he went underwater and failed to resurface.
Rangers and personnel from the National Park Service, the Georgia Department of Natural Resources, the cities of Atlanta, Roswell, Sandy Springs and Johns Creek, and Forsyth and Dawson Counties have been searching in less than ideal conditions. Heavy rainfall, thunderstorms and dense fog have plagued the search area for the last two days.
The search continues.

Posted by Chemi Che-Mponda at 8:14 AM

I don't understand how this can be main question at a time like this. How about asking if he has been found of if there has been any news, and sending your condolences and prayers to his friends and family, instead of questioning where he is from. Why is where he is from such a concern for you? He lives in the US, as he has for many years now. There, are you satisfied. Now pray for his safe return!

Very sad news to hear one of our brother just perish like that. My heart and prayer goes to his family. If those reports are true that they were intoxicated, I hope we learn from this tragedy.