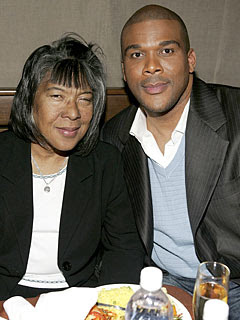 Tyler posted a brief notice on his official website, thanking fans for their prayers. He did not mention a cause of death or any other details.

Perry, 40, has said his mother was the basis for his most popular character, Madea. Click here for a great scene from the stage version of "Madea Goes to Jail" to get the idea.

The producer recently commented on plans to "get away from Hollywood for a sec" to clear his head, with a touring production of "Madea's Big Fat Happy Family" that premieres in Denver in January. He's also been very moved by the movie "Precious," he said, on which he is an executive producer.

"If you've never seen a Madea play, then you haven't seen Madea at all," he posted on his site. Click here for a great scene from the stage version of "Madea Goes to Jail."
Maxine was a preschool teacher at the New Orleans Jewish Community Center for most of her life, the Atlanta paper reported.

Perry's publicist did not immediately respond to a phone call from the Associated Press.