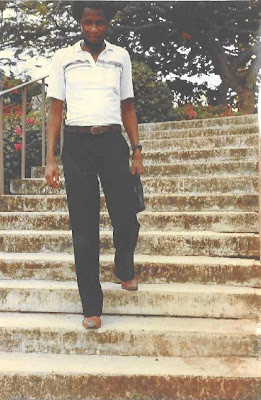 Former Prime Minister Edward Lowassa, accompanied by his wife Regina, yesterday led hundreds of mourners from all walks of life at the burial of veteran journalist Mike Sikawa at Mareu village in Arumeru district, Arusha region.

The well-attended burial service was preceded by paying last respects at the Mareu Rural Cooperative Society grounds, a stone’s throw away from his place of domicile. Mike was laid to rest at the family’s farm where his father and mother were buried.

Prior to paying last respects several speakers, including Mr Lowassa, described Mike as one of the outstanding journalists in the country and Africa at large. The same was echoed by the head of the BBC Kiswahili Service, Solomon Mugera who led a team of four BBC staff to represent the Broadcasting House.

“Although Mike had been sick for a long time, his colleagues did not know because he did not show any sign and continued working normally. This proved that Mike was a hard working journalist and was ready to go out for assignments without showing any hesitation much as he was sick,” said Mr Mogera.

The mourners, who included the clergymen from various churches, government leaders, representatives from AICC, Tanapa and Retired General Mirisho Sarakikya, said the only way to remember Mike is to continue practicing excellent journalism. Mike joined the 'Daily News' and 'Sunday News' in 1975 until 1994 when he joined the BBC. He begun battling with diabetes in 1978 and underwent several treatments inside and outside the country until November 18 when he lost the battle.