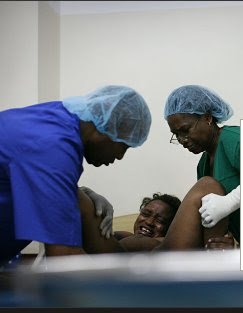 Where Life’s Start Is a Deadly Risk

BEREGA, Tanzania — The young woman had already been in labor for two days by the time she reached the hospital here. Now two lives were at risk, and there was no choice but to operate and take the baby right away.

stupid them. are u serious au ni kwa sababu kuna agenda fulani with all the things medics lazima wajibu.

Every woman has right to dream of having a baby. Tubal reversal allows a woman the ability to conceive naturally without any harm. Although tubal ligation is considered a permanent method of birth control, but at some later stage you think that you have done something wrong and you should not have done tubal ligation. But don’t worry, in approximately 90% of cases the procedure can be reversed.