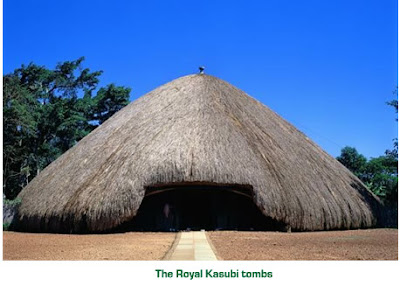 Miaka ya 60, Mwalimu alifuta Uchifu na Utemi Tanzania. Uganda walifanya hivyo hivyo. Lakini mwaka 1993, Rais wa Uganda Yoweri Museveni aliruhusu mfalme wa waBuganda kurudi. Lakini hana mamlaka ya kisiasa bali yupo kwa heshima ya ufalme. Sasa kuna mapigano huko Uganda shauri ya ukabila na kugombeania ardhi kwa ajili ya kabila fulani na fulani! Ukabila kitu kingine!
**************************************************
KAMPALA, Uganda (AP) - A traditional Ugandan ruler canceled a planned rally Saturday following two days of deadly riots between his supporters and security forces, as the capital returned to a wary calm.
People were moving around on the streets Saturday under the eyes of patrolling police. The unrest has underlined growing tensions in a nation hailed for its relative stability and economic growth.
Thirteen people were killed after the government prevented a representative of the King of Buganda from traveling to a region near the capital on Thursday on "security grounds."
Buganda King Ronald Muwenda Mutebi II canceled his Saturday appearance in Kayunga, where the kingdom claims land as part of its historical territory, because of the potential for more violence, his spokesman said.
The violence stems from disputes between the government and members of the Buganda, one of Uganda's four ancient kingdoms. Members of the Buganda ethnic group have clashed previously with the government over land.
"Our king must be free to go where he wants," said Stephen Semagula, 18, a student in Kampala. "It's our land."
Uganda's traditional kingdoms were banned in 1966 but reinstated by President Yoweri Museveni in 1993. But Museveni has restricted their leaders to a largely ceremonial role to avoid potential political rivals.
Members of the kingdom make up Uganda's largest ethnic group and there is friction between the Buganda and members of the smaller Banyara tribe, who claim the Buganda refuse to recognize them.
Posted by Chemi Che-Mponda at 5:11 AM