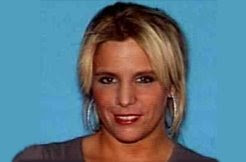 HUNTINGTON BEACH -- Police are searching for a 30-year-old woman accused of stealing someone's identity and a pair of new breast implants.

Yvonne Pampellonne is accused of using a fake id to pay for liposuction and new breast implants valued at more than $12,000.

According to Huntington Beach police, Pampellonne opened a line of credit in someone else's name in September 2008.

Huntington Beach police detective Larry Pitcher said Pampellone lied to her doctor and the staff at the Pacific Center for Plastic Surgery about her name and other personal identification.

She used the credit to have the procedures done and never showed up for any follow-up appointments, Pitcher said.

Employees at the plastic surgery center identified Pampellonne based on a photo line-up.

A $20,000 arrest warrant has been issued for Pampellonne's arrest on charges of commercial burglary, grand theft and identity theft.

Pampellonee has had several traffic related convictions, including driving on a suspended or revoked license and driving without proof of insurance.

Anyone with information about Pampellonne's whereabouts was asked to call Huntington Beach Police at (714) 536-5959.