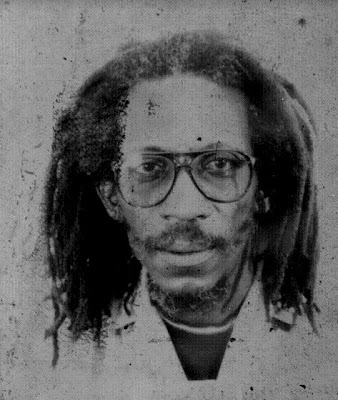 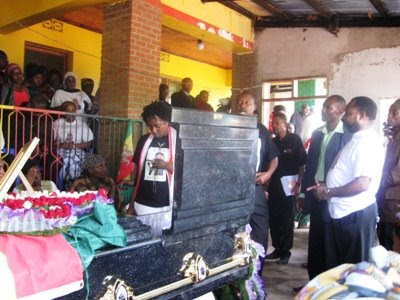 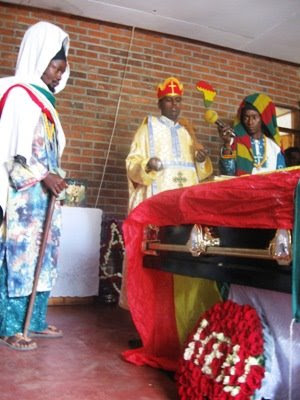 Head Priest Zekarias Gebre Michael of the Ethiopian Orthodox Church (centre) is accompanied by Ras Makonnen Tafari of the Priestly Order of Melchizedek (right) and one of his colleagues, as they prepare the coffin to receive the body of the late Professor Mkhululi, at his home in Njiro Hill, Arusha.

Hundreds of people from all walks of life paid their last last respects at his family home in Njiro Hill and later on accompanied the casket to the burial grounds.

Also present was the Dean of the University of Dar es Salaam Business School (formerly the Faculty of Commerce and Management), Dr Marcellina Chijoriga.

Dr. Chijoriga said that she could not miss such an opportunity to pay her respect to the person who was not only the first dean of the faculty but the brainchild behind its establishment.

On a more personal note in reference to the late Professor she added, “He was one of a special kind – putting everything in what he believed in.”

Being a member of the Rastafarian faith, the ceremony was conducted in accordance with the Ethiopian Orthodox Church’s principals, the the first time in Tanzania’s history for such proceedings.

Head Priest Zekarias Gebre Michael, who came especially for this purpose from Nairobi, Kenya, the day before conducted the ceremony.

Ras Makonnen Tafari of the Priestly Order of Melchizedek, based in Dar es Salaam, accompanied him together with two other colleagues.

The late Professor Mkhululi, who died early this week in Dar es salaam, has left behind six children and one grandchild.
May Jah rest his soul in eternal peace

From the rest of Ken's brothers and Siters in the west, we know of his committment, but he never shared the struggles. So sad to hear the govt system had failed him, to those that knew him, please post your stories, i am printing them off for his 84 year old mother 3 sisters and 3 brothers here in canada, Us and jamaica, who has supported him quietly in his dream to make a difference.

All of us are greiving , and even more so that we could not attend.

any video of the ceremonies we would appreciate. His widow is in touch but additional details would be appreciated.

A memorial in jamaica is being planned for Jamaica shortly.

My heart is bleeding....!!!!!
I got to meet the Prof. while living in Arusha between 1992-2001.
He did a lot of good things as a human being. My experience with him was in putting a project appraisal together for me.
I got a rare opportunity of getting to know his passion in the professional world, his love for Tanzania, and his interest in seeing other human beings get a better life.
I also got to know what was killing him slowly (the immense disappointments that he experienced and continued to experience with the system in Tanzania).
He deserved better.....!!!!!!!
May the Lord Rest His Soul in Peace.
AMEN