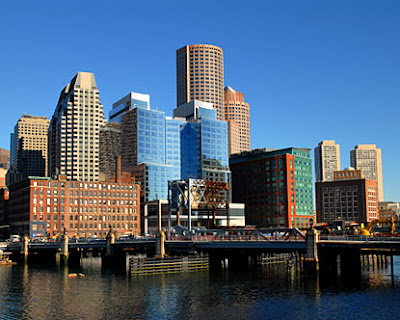 Nimepata kwenye e-mail:
Welcome to Bawstin (Boston )
For those of you who have never been to "Bawstin", this is a good guideline. I hope you will consider coming to "Beantown" in the near future. For those who call New England home, this is just plain great!

Information on Boston and the surrounding area:

There's no school on School Street , no court on Court Street, no dock on Dock Square , no water on Water Street . Back Bay streets are in alphabetical "oddah": Arlington , Berkeley ,Clarendon, Dartmouth , etc. So are South Boston streets: A, B, C, D, etc. If the streets are named after trees (e.g. Walnut, Chestnut, Cedar), you're on Beacon Hill . If they're named after poets, you're in Wellesley .
Massachusetts Avenue is Mass Ave ; Commonwealth Avenue is Comm Ave ;
South Boston is Southie. The South End is the South End.
East Boston is Eastie. The North End is east of the former West End . The West End and Scollay Square are no more; a guy named Rappaport got rid of them one night. Roxbury is The Burry, Jamaica Plain is J.P.
Definitions:
Frappes have ice cream, milkshakes don't.
If it is fizzy and flavored, it's tonic.
Soda is CLUB SODA.
"Pop" is DAD.
When we want Tonic WATER, we will ask for TONIC WATER.
The smallest beer is a pint.
Scrod is whatever they tell you it is, usually fish. If you paid more than $7/pound, you got scrod.
It's not a water fountain; it's a bubblah.
It's not a trashcan; it's a barrel.

It's not a shopping cart; it's a carriage.
It's not a purse; it's a pock-a-book.
They're not franks; they're haht dahgs; Franks are money in Switzahland.

Police don't drive patrol units or black and whites they drive a "crooza". If you take the bus, your on the "looza crooza". It's not a r ubber band, it's an elastic. It's not a traffic circle, it's a rotary. "Going to the islands" means Martha's Vineyard & Nantucket.


Things not to do:

Things you should know:
There are two State Houses, two City Halls, two courthouses, two Hancock buildings
(one old, one new for each).

The colored lights on top the old Hancock tell the weatha':
"Solid blue, clear view...."
"Flashing blue, clouds due...."
"Solid red, rain ahead...."
"Flashing red, snow instead...." - except in summer;
flashing red means the Red Sox game was rained out!
Most people live here all their life and still don't know what the hell is going on with this one.
Route 128 is I-95 south. It's also I-93 north.
The underground train is not a subway. It's the "T", and it doesn't run all night (this ain't Noo Yawk).
Order the "cold tea" in China Town after 2:00 am you'll get a kettle full of beer.

Send this to your friends who don't live in Boston (and the ones who do)
Posted by Chemi Che-Mponda at 11:27 AM