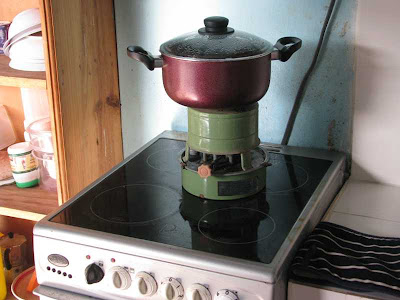 Zanzibar without power for another 4 weeks - media

ZANZIBAR (Reuters) - A power cut that hit the Zanzibar archipelago last month will continue for at least another four weeks until an undersea cable is fixed, an engineer working on the repairs was quoted as saying on Wednesday.

"I cannot confirm when power will be restored, but we anticipate the repair works could last ... at least four weeks as the problem is unique," Hakon Hamre, an engineer with Norwegian firm Nexans, was quoted as saying by a privately owned daily newspaper, the Citizen.

Hamre is in the country to help engineers from the state-run utilities Zanzibar Electricity Company and Tanzania Electric Supply Company to fix the cable.

The outage has hurt the economy of Zanzibar, which relies largely on tourism. Businesses have had to resort to expensive diesel-powered generators and airlines now avoid night travel.
"We can not run a 100-room facility on generators for weeks," one hotel owner north of Zanzibar told Reuters.

Zanzibar has been receiving electricity for the last 28 years through the 38 km marine cable, which is reported never to have been serviced.

The lack of power has had a big impact on water supply and hospitals, while Zanzibar Electric Company says it is losing 30 million shillings a day in revenue.

The islands get their electricity from Tanzania's Kidatu hydro power plant, using an average of 40 Megawatts at any given time for its population of about 1 million.

They are the only Indian Ocean islands that fully depend on electricity supplied from the African continent and critics say they were unprepared for this blackout.
"This has been the mistake ... We have had many signals that an alternative source was needed but the government has not taken any action," opposition Civic United Front shadow energy minister, Hamad Masoud, told a news conference
Posted by Chemi Che-Mponda at 12:30 PM