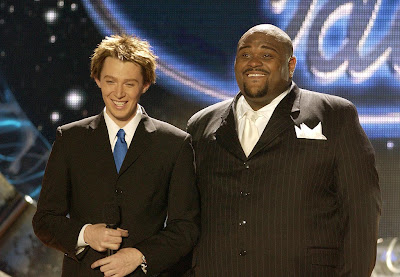 BIRMINGHAM, Ala. (AP) — He won the affection of millions of people on "American Idol," but this weekend, Ruben Studdard is giving his heart to one woman.
A representative for the former "Idol" confirmed to The Associated Press on Tuesday that Studdard, 29, plans a Saturday wedding. He and Surata Zuri McCants, 30, took out a marriage license on Monday, according to court records.
The Birmingham native, nicknamed the "Velvet Teddy Bear" on the show for his big frame and sonorous voice, has released three albums since his 2003 win, including the platinum CD "Soulful." He is working on a new album.
Posted by Chemi Che-Mponda at 11:52 AM