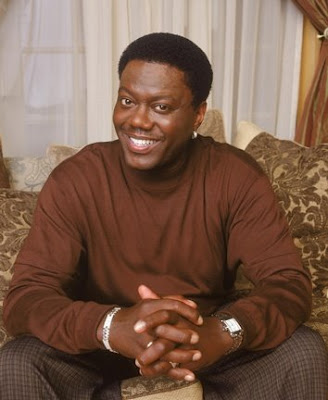 Mcheza sinema na mchekeshaji maarufu Bernie Mac amefariki dunia! Ni jana tu walisema hajambo na anaendelea vizuri na matibabu kwa ajili ya ugonjwa wa pneumonia huko Chicago.
Habari zinasema kuwa amefariki leo asubuhi hospitalini Chicago. Ameacha mke na mtoto moja.
REST IN PEACE BERNIE MAC!
********************************************************************
CHICAGO (AP) -- Bernie Mac, the Emmy and Golden Globe nominated actor and comedian who worked his way to Hollywood success from an impoverished upbringing on Chicago's South Side, died Saturday at age 50.
"Actor/comedian Bernie Mac passed away this morning from complications due to pneumonia in a Chicago area hospital," his publicist, Danica Smith, said in a statement from Los Angeles.
She said no other details were available and asked that his family's privacy be respected.
The comedian suffered from sarcoidosis, an inflammatory lung disease that produces tiny lumps of cells in the body's organs, but had said the condition went into remission in 2005. He recently was hospitalized and treated for pneumonia, which his publicist said was not related to the disease.
Recently, Mac's brand of comedy caught him flack when he was heckled during a surprise appearance at a July fundraiser for Democratic presidential candidate and fellow Chicagoan Barack Obama.
Toward the end of a 10-minute standup routine, Mac joked about menopause, sexual infidelity and promiscuity, and used occasional crude language. The performance earned him a rebuke from Obama's campaign.
But despite controversy or difficulties, in his words, Mac was always a performer.
"Wherever I am, I have to play," he said in 2002. "I have to put on a good show."
Mac started his comedy career at age 8, with a standup performance at a church dinner. In 1977, at age 20, he took that act to comedy clubs in Chicago.
His film career started with a small role as a club doorman in the Damon Wayans movie "Mo' Money" in 1992. Mac went on to star in the "Ocean's Eleven" franchise with Brad Pitt and George Clooney and his turn with Ashton Kutcher in 2005's "Guess Who?" -- a remake of the Spencer Tracy and Katharine Hepburn 1967 classic "Guess Who's Coming to Dinner?" -- topped the box office.
Mac also had starring roles in "Bad Santa," "Charlie's Angels: Full Throttle" and "Transformers."
The comedian drew critical and popular acclaim with his Fox television series "The Bernie Mac Show," which aired more than 100 episodes from 2001 to 2006.
The series about a man's adventures raising his sister's three children, won a Peabody Award in 2002. At the time, judges wrote they chose the sitcom for transcending "race and class while lifting viewers with laughter, compassion -- and cool."
The show garnered Golden Globe and Emmy nominations for Mac. He also was nominated for a Grammy award for best comedy album in 2001 along with his "The Original Kings of Comedy" co-stars, Steve Harvey, D.L. Hughley and Cedric The Entertainer.
In 2007, Mac told David Letterman on CBS' "Late Show" that he planned to retire soon.
"I'm going to still do my producing, my films, but I want to enjoy my life a little bit," Mac told Letterman. "I missed a lot of things, you know. I was a street performer for two years. I went into clubs in 1977."
Mac was born Bernard Jeffrey McCullough on Oct. 5, 1957, in Chicago. He grew up on the city's South Side, living with his mother and grandparents. His grandfather was the deacon of a Baptist church.
In his 2004 memoir, "Maybe You Never Cry Again," Mac wrote about having a poor childhood -- eating bologna for dinner -- and a strict, no-nonsense upbringing.
Mac's mother died of cancer when he was 16. In his book, Mac said she was a support for him and told him he would surprise everyone when he grew up.
"Woman believed in me," he wrote. "She believed in me long before I believed."
Posted by Chemi Che-Mponda at 9:20 AM