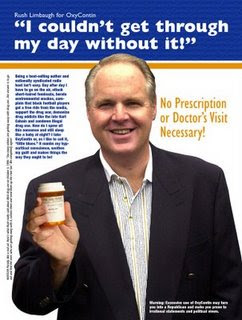 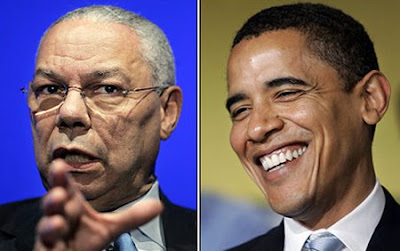 (CNN) - Conservative talk-radio host Rush Limbaugh Monday strongly defended his recent remark that Colin Powell endorsed Barack Obama largely because of race, and lashed out at members of the media and Democrats for appearing to take issue with his comment.

"So what if it's race?" Limbaugh said on his radio show. "Why is it so hard to admit that it's race.What's so problematic about admitting it?"

Limbaugh's original comments came in an email to Politico reporter Jonathan Martin Sunday, when the talk-radio host took issue with Powell's contention that his endorsement of the Illinois senator did not have anything to do with the color of his skin.

"Secretary Powell says his endorsement is not about race," Limbaugh wrote in the e-mail. "OK, fine. I am now researching his past endorsements to see if I can find all the inexperienced, very liberal, white candidates he has endorsed. I'll let you know what I come up with."

The comments immediately caused a stir on several Democratic blogs and an Obama campaign spokeswoman called them "disgusting." They were also heavily reported on several news programs Sunday night and Monday morning. But Limbaugh made clear Monday he is not backing down from them.

"I thought it should be about race," he said. "I thought you liberals thought this was a historic candidacy because finally we are going to elect a black guy.why hide behind this, why act like it's not about race?"

"This was all about Powell and race, nothing about the nation and its welfare," Limbaugh added. The talk radio host also criticized members of the media for not addressing his claim that Powell likely hasn't endorsed white candidates who, according to Limbaugh, have similar political leanings and experience as Obama.

"Just so you know, I haven't come up with any," he said. "I worked diligently on this on the airplane on the trip home from Green Bay yesterday. I can't find any of these inexperienced white liberals that Powell has endorsed."

In announcing his endorsement of Obama, Powell said his decision was not based solely on race, but added "I can't deny that it will be a historic event for an African-American to become president."

"Should that happen, all Americans should be proud - not just African-Americans, but all Americans - that we have reached this point in our national history where such a thing could happen," Powell said on NBC's Meet the Press Sunday. "It will also not only electrify our country, I think it'll electrify the world."
Kwa habari zaidi someni:
http://blogs.abcnews.com/politicalpunch/2008/10/limbaugh-implie.html
http://www.talkingpointsmemo.com/talk/blogs/sjm/2008/10/will-mccain-man-up-and-repudia.php
Posted by Chemi Che-Mponda at 4:12 PM

From FAIR: "As a young broadcaster in the 1970s, Limbaugh once told a black caller: 'Take that bone out of your nose and call me back.' A decade ago, after becoming nationally syndicated, he mused on the air: 'Have you ever noticed how all composite pictures of wanted criminals resemble Jesse Jackson?' Limbaugh expressed his ire when Spike Lee urged that black schoolchildren get off from school to see his film Malcolm X: 'Spike, if you're going to do that, let's complete the education experience. You should tell them that they should loot the theater, and then blow it up on their way out.' In a similar vein, here is Limbaugh's mocking take on the NAACP, a group with a 90-year commitment to nonviolence: 'The NAACP should have riot rehearsal. They should get a liquor store and practice robberies.' When Carol Moseley-Braun was in the Senate, the first black woman ever elected to that body, Limbaugh would play the 'Movin' On Up' theme song from TV's 'Jeffersons' when he mentioned her."

I pray that Rush Limbaugh has a stroke that leaves him speechless. May he then live in misery as Obama leads America back to its former glory!