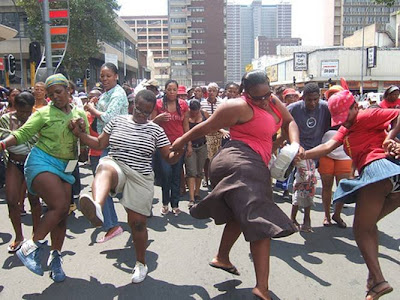 Well, you have heard of Mungiki stripping women in Naivasha, Well, in South Africa, taxi drivers are doing the same. Ati wearing a mini-skirt is wrong!Nwabisa Ngcukana, 25, had to parade but naked at the Noord Taxi Rank after a mob of taxi drivers stripped and tore her clothes. Her crime was wearing a short skirt. They torn skirt and panties as you can see from picture below..."I have never been so traumatised in my life. I thought these taxi drivers were going to rape me," Ngcukana said. "

As they stripped me they kept shouting that this is what I wanted. Some were sticking their finger in my vagina while others poured alcohol over my head and called me all sorts of names." Well, what did the South African women do?

A female radio DJ asked people to call in and they talked: I would feel disappointed if this is not debated in the next Parliament sitting But more importantly, they did not just talk. Of course, they took action. They organized a mini skirt march http://news.bbc.co.uk/2/hi/africa/7276654.stm%3E and went over to the taxi rank. 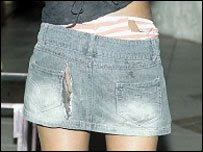 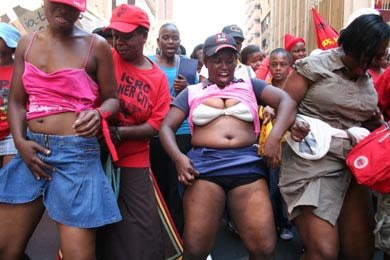 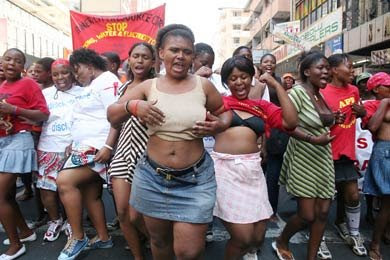 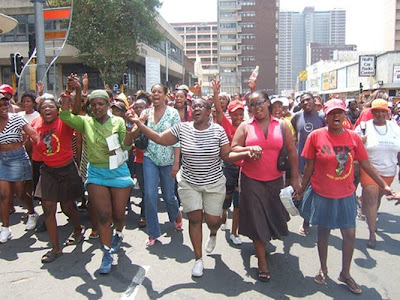 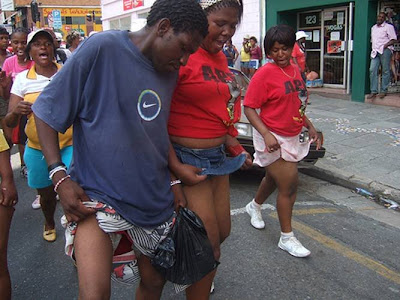 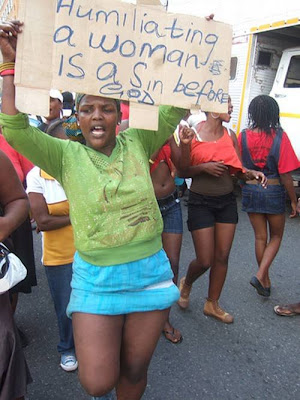 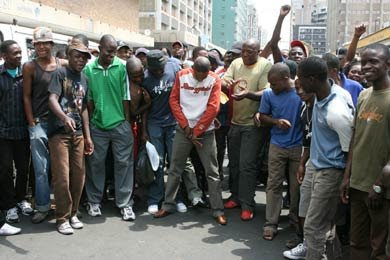 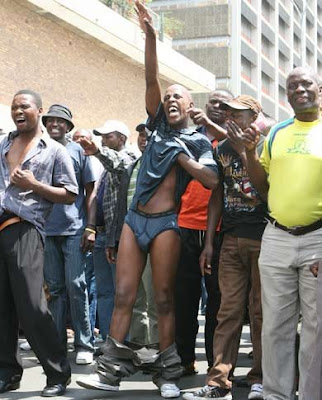 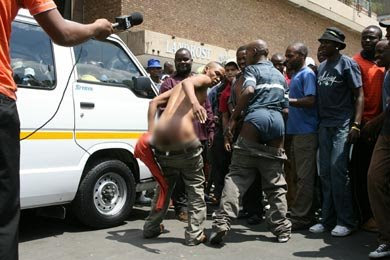 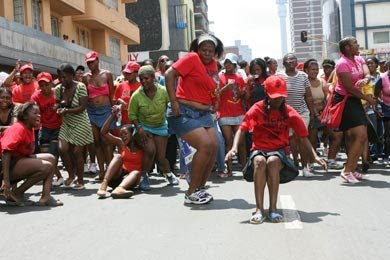 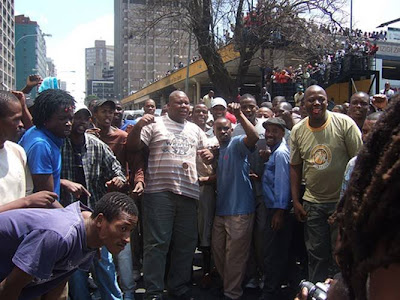 ONLY IN AFRICA
Posted by Chemi Che-Mponda at 10:38 AM

These silly stupid actions happen everywhere around the globe, but most of the time wenzetu, they do it for money or very well organized business, i.e stripping club, pole dancing, sex shops, sex streets and so and so forth. The only difference is that you have to pay money to see and get the service, therefore it is open up to public only for those willing to pay few bobs.

But there are few of them stripping on public and staying nude as a protest, like animal right activists, some even go far as performing sex on the streets, public kissing that is considered normal in EUROPE, but at the other hand if you do the same action in Africa you will be called every name, and rightly so, because it is not in our blood and has never been our culture.

I am not applauding these actions, but hivi vituko happen in the west more frequently than you would imagine.

I wish I was there!LOL!